Tomato soup is my undisputed favourite soup and a regular midweek meal for us. We’ve added a touch of the Mediterranean to this crowd pleaser with roasted red peppers, herbed oil and tapenade crumb. 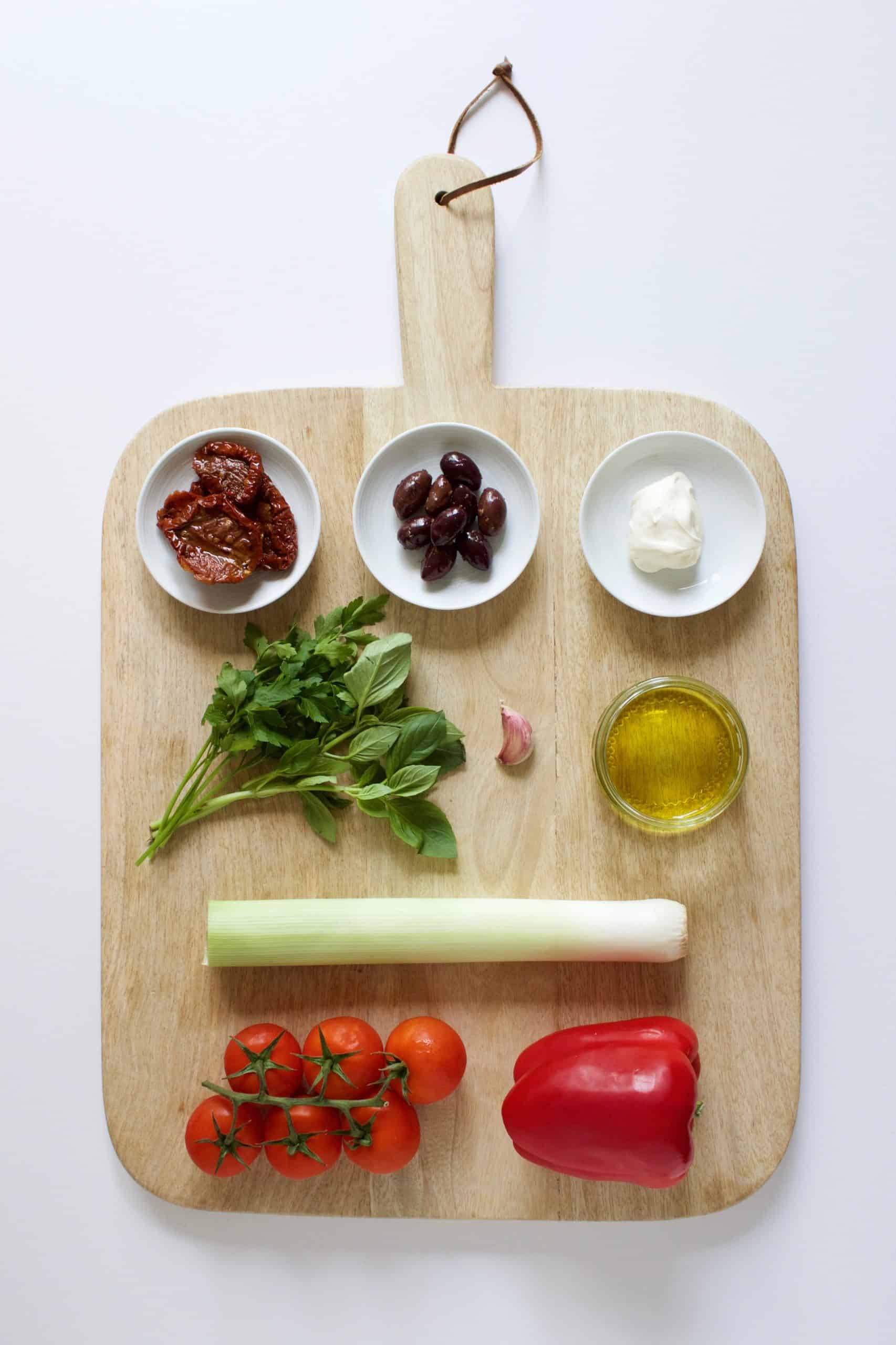 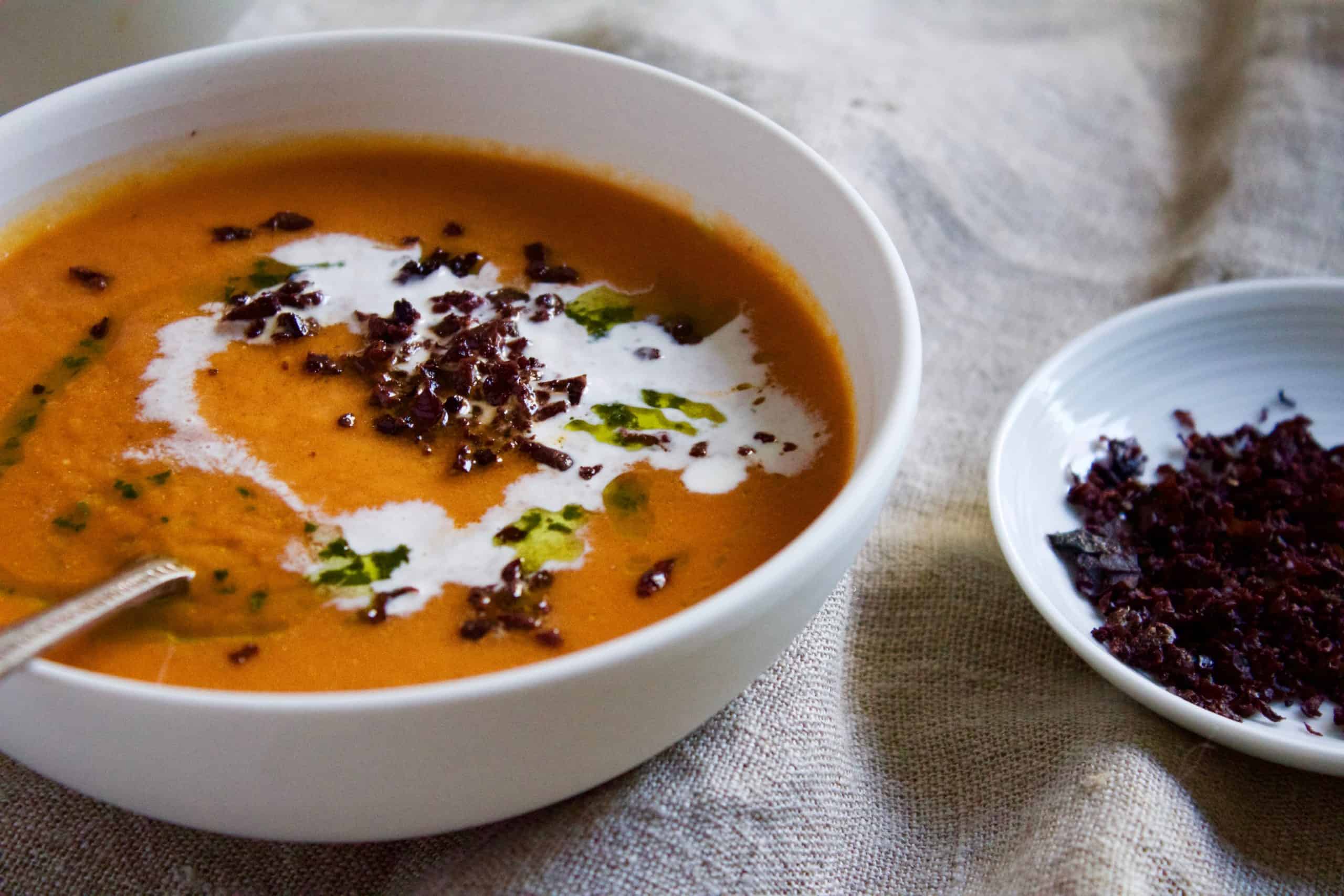 2. Roughly chop the olives and sundried tomatoes and scatter on a baking tray. Place the olives into the oven and leave to cook for about an hour or until thoroughly dried out. Transfer the tapenade crumb to a food processor and give them a quick blitz until a crumb texture is achieved. Remove and set aside until needed.

3. Place the basil, parsley and garlic into a food processor and blitz until minced together. Then leaving the food processor turned on, slowly drizzle the olive oil in until a rich green herbed oil is achieved. Set aside until needed.

5. Place the halved tomatoes, cut-side up, and the halved peppers, skin-side up, on a baking tray and drizzle with olive oil and a pinch of salt and pepper. Roast in the oven for 30 minutes or until the skin on the peppers is starting to blister, and the tomatoes are softened.

6. Leave to stand for 5 minutes and then remove the skin from the tomatoes and peppers. This is much easier whilst they are still warm.

7. Place a large, deep pan over a medium heat with a drizzle of olive oil and then add in the chopped leeks. Sweat the leeks for about 5 minutes until fully softened and just starting to colour. Roughly chop the tomatoes and peppers and add to the pan with half of the vegetable stock. Simmer for about five minutes, stirring occasionally.

8. Using either a hand blender or liquidizer, blend the soup until smooth, adding the rest of the stock a little bit at a time until your desired texture is achieved. For a really silky smooth soup, I usually pass the soup through a fine-mesh sieve as well. Season to taste.

9. Return the soup to a pan and heat through before serving.

10. To serve, ladle the roasted tomato & pepper soup into bowls before adding a swirl of cream, a drizzle of the herbed oil and lastly a sprinkle of the tapenade crumb. Serve immediately with warm crusty bread.