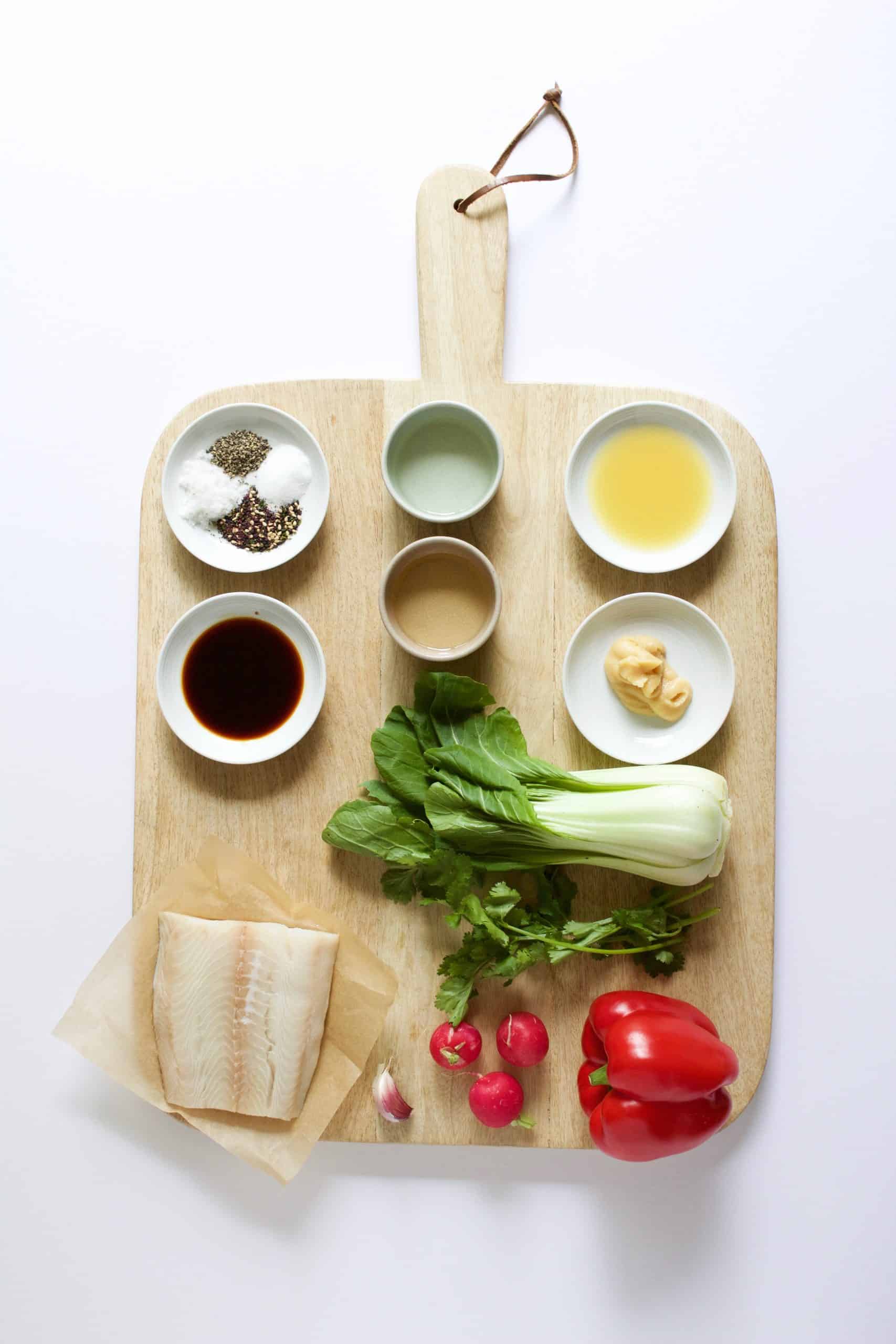 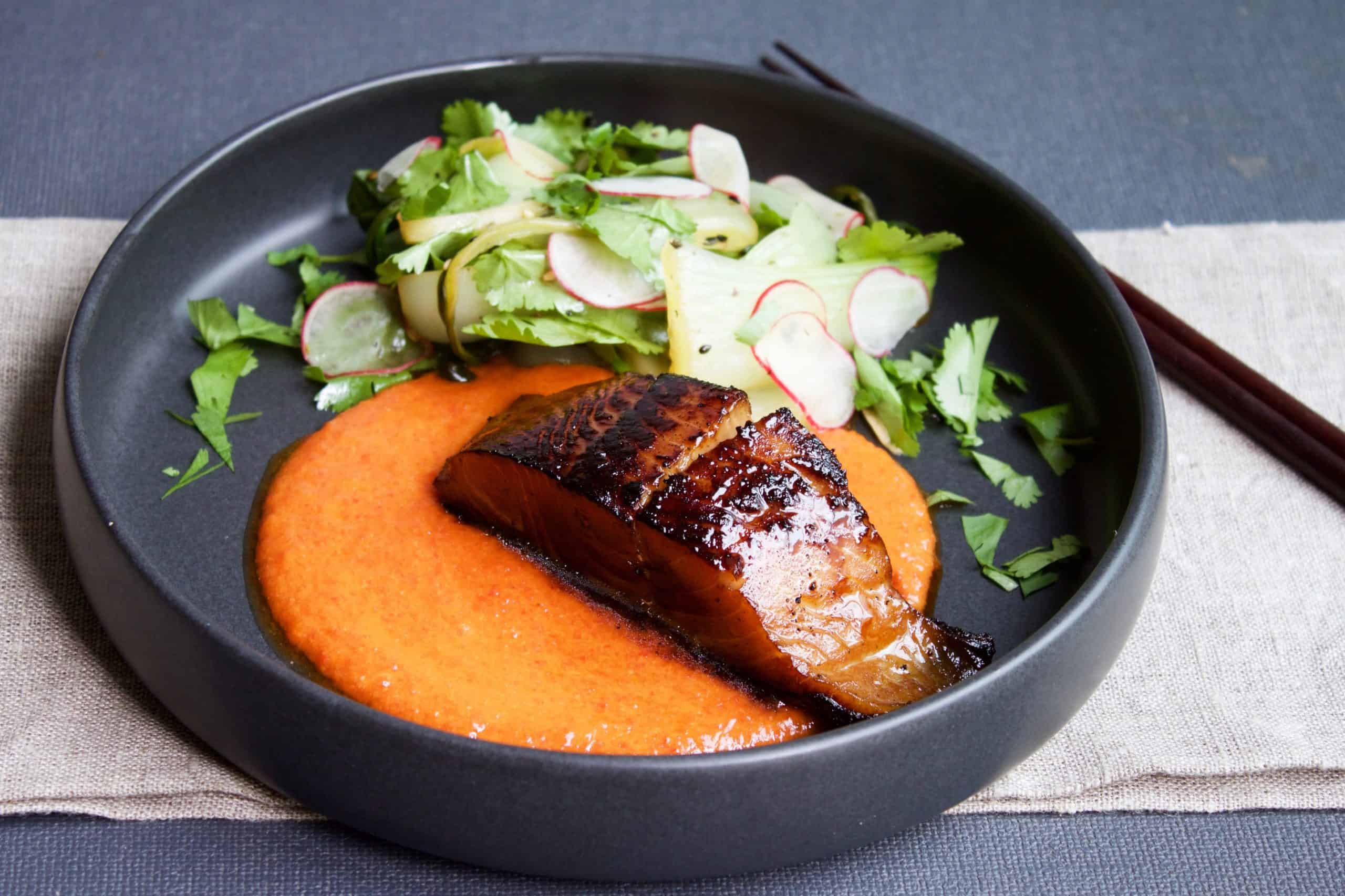 1. Combine the Soy Sauce, Sake and Rice Mirin in a small pan and bring to the boil. Reduce the heat to medium and add the sugar, stirring continuously until the sugar is fully dissolved. Allow the marinade to cool completely before adding to a bowl with the Black Cod fillets and leaving to marinade overnight.

3. Halve the red peppers length ways and remove the core and seeds. Drizzle the peppers with a little sesame oil and a sprinkle of salt and pepper and place cut-side-down on a baking tray. Roast the peppers in the oven for 20-25 minutes or until the skin is just starting to blister and the flesh has softened.

4. Combine the Miso paste with 3 tbsp boiling water and mix until fully combined. Remove the skin from the roast peppers and give them a quick blitz in a food processor or blender, add the miso and then blitz again until a puree is achieved. Set aside.

5. Remove the end of the Pak Choi heads and separate the leaves out, cutting the larger leaves in half lengthways.

6. Place a large pan of salted water over a medium-high heat and bring to a rolling boil. Add the Pak Choi to the pan and blanch for 2-3 mins or until well softened. Remove from the pan and plunge into iced water.

7. Place a large pan over a medium heat with a lug of sesame oil and add in the garlic cook for a minute or so until the garlic starts to turn golden. Add the Pak Choi to the pan and stir-fry for 1-2 minutes. Remove the pan from the heat and mix in the yuzu juice, radishes, coriander and season with the Furikake.

9. To serve, warm through the red pepper puree and spoon onto plates, add the Pak Choi and then finally the Black Cod. Serve immediately.