One of the Holy Trinity of Roman Pasta dishes – Amatiriciana seems at times to play second, even third, fiddle to the ever-popular Carbonara and Cacio Pepe. A crime, as Amatriciana may be the greatest of all. An unctuous lightly spiced tomato sauce simmered with Cured pork, a little wine and a mountain of pecorino – it’s the stuff pasta enthusiasts dream of.

Traditionally, Amatriciana is made using Guanciale – cured pork jowl famed for its full, fatty flavour. Whilst Guanciale can be found in good Italian delis or supermarkets, it is not the most widely available ingredient and so we have chosen to substitute Pancetta in its place – a widely accepted practice. We have also chosen to omit the chilli flakes the recipe calls for replacing it instead with ‘Nduja. The spiced Calabrian salami brings the requisite heat the sauce requires whilst also adding a deeper, meatier flavour to the dish, boosting the flavour of the pancetta to compete even with guanciale.

Try it for yourself – it will become a new favourite. 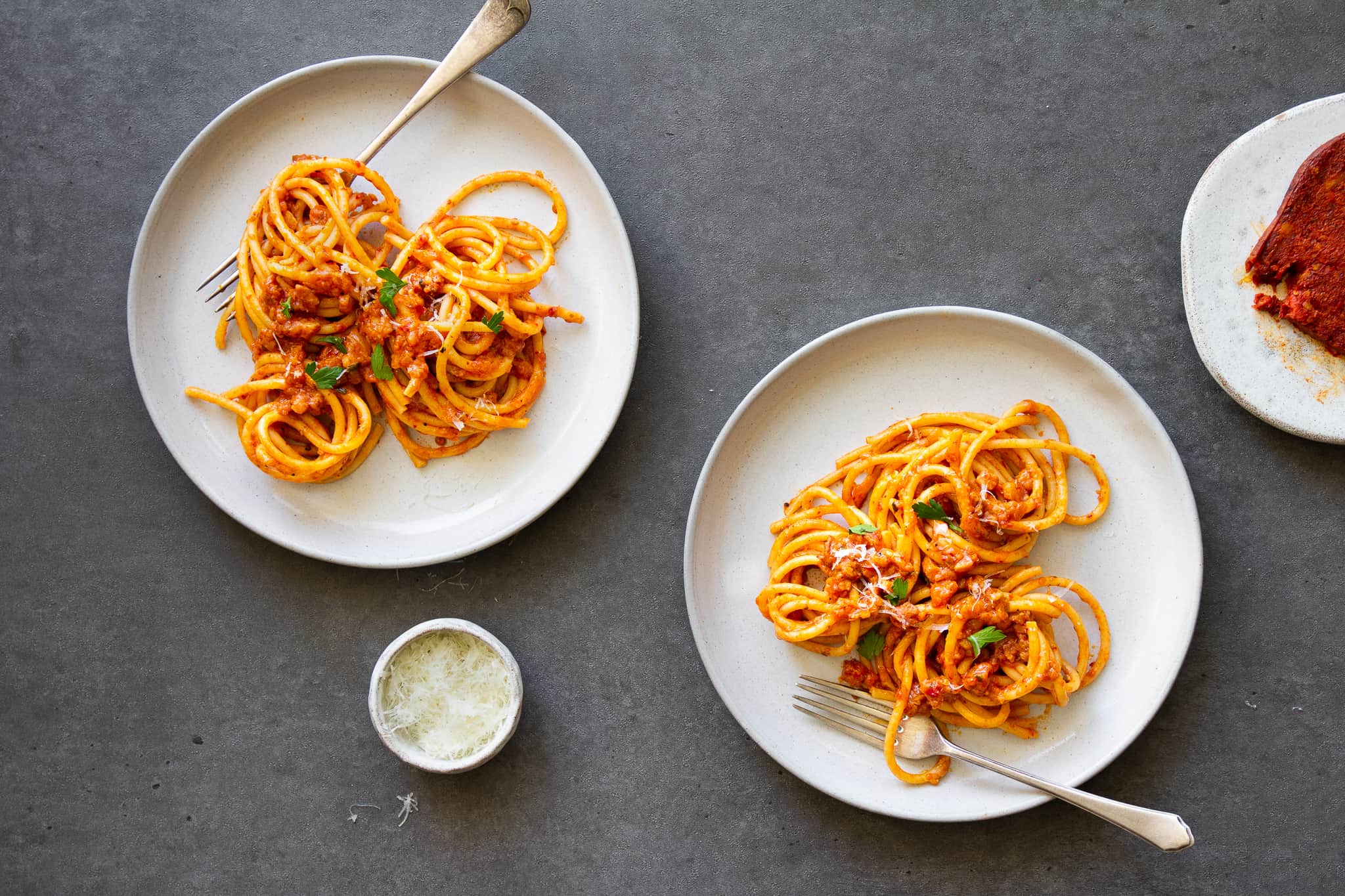 TIP – You should cook the Bucatini, according to it’s cooking instructions, whilst the sauce is simmering.

TIP – I usually remove a few ladles of pasta water into a bowl before draining the pasta to ensure a good amount of the cooking water is retained.