Somewhere between tortellini, meatballs and gyoza, Armenian Manti may just be better than all three put together. We’ve flavoured our beef dumplings with baharat, a warm, aromatic spice mix used extensively throughout middle eastern cooking. One of the beautiful things about these dumplings is the ease in cooking them. A simple tomatoey broth is used to slowly cook and steam the dumplings in the oven, creating a thick sticky sauce and flavouring the dumplings as they cook. A delicious show-stopping recipe. 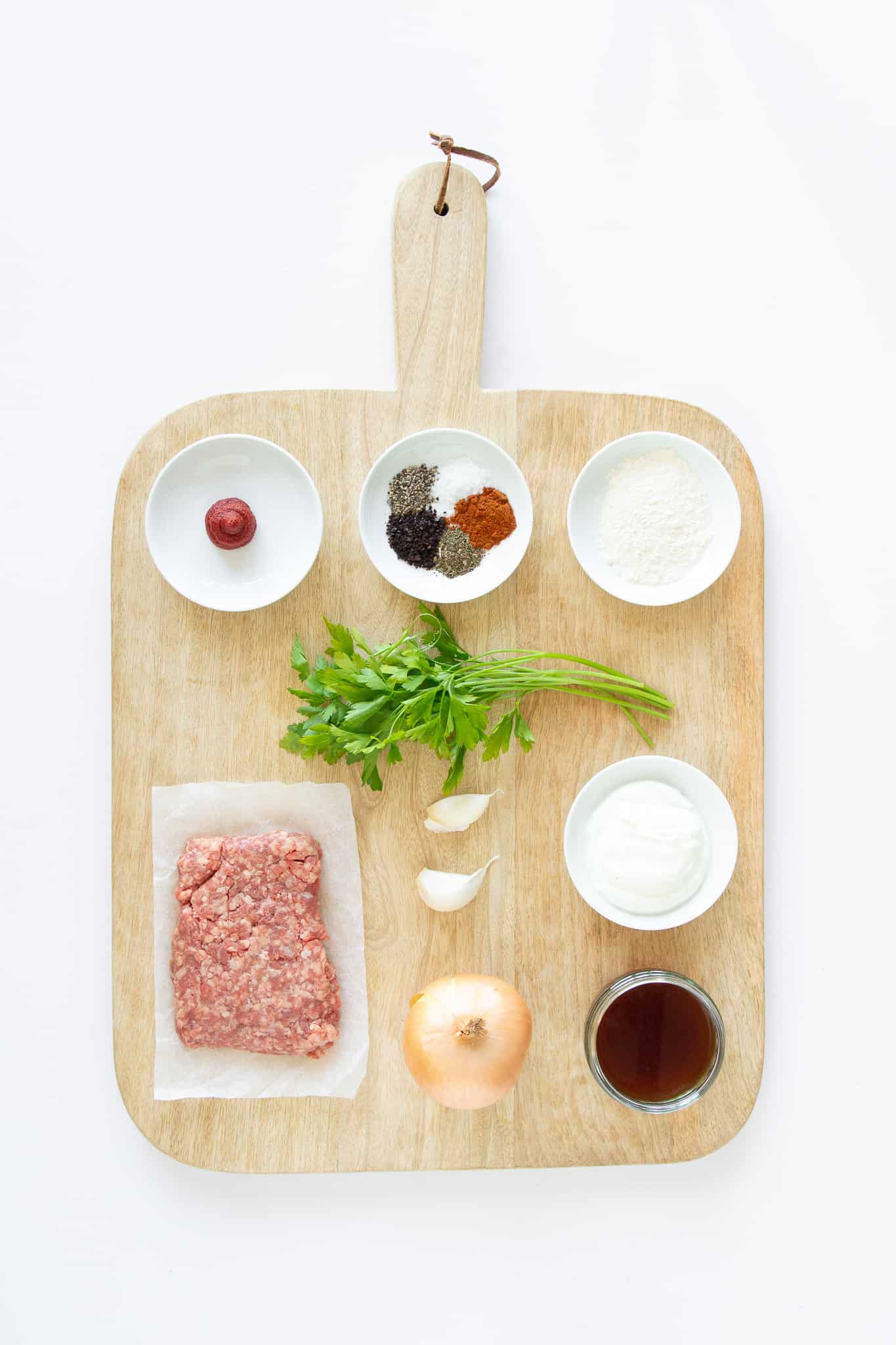 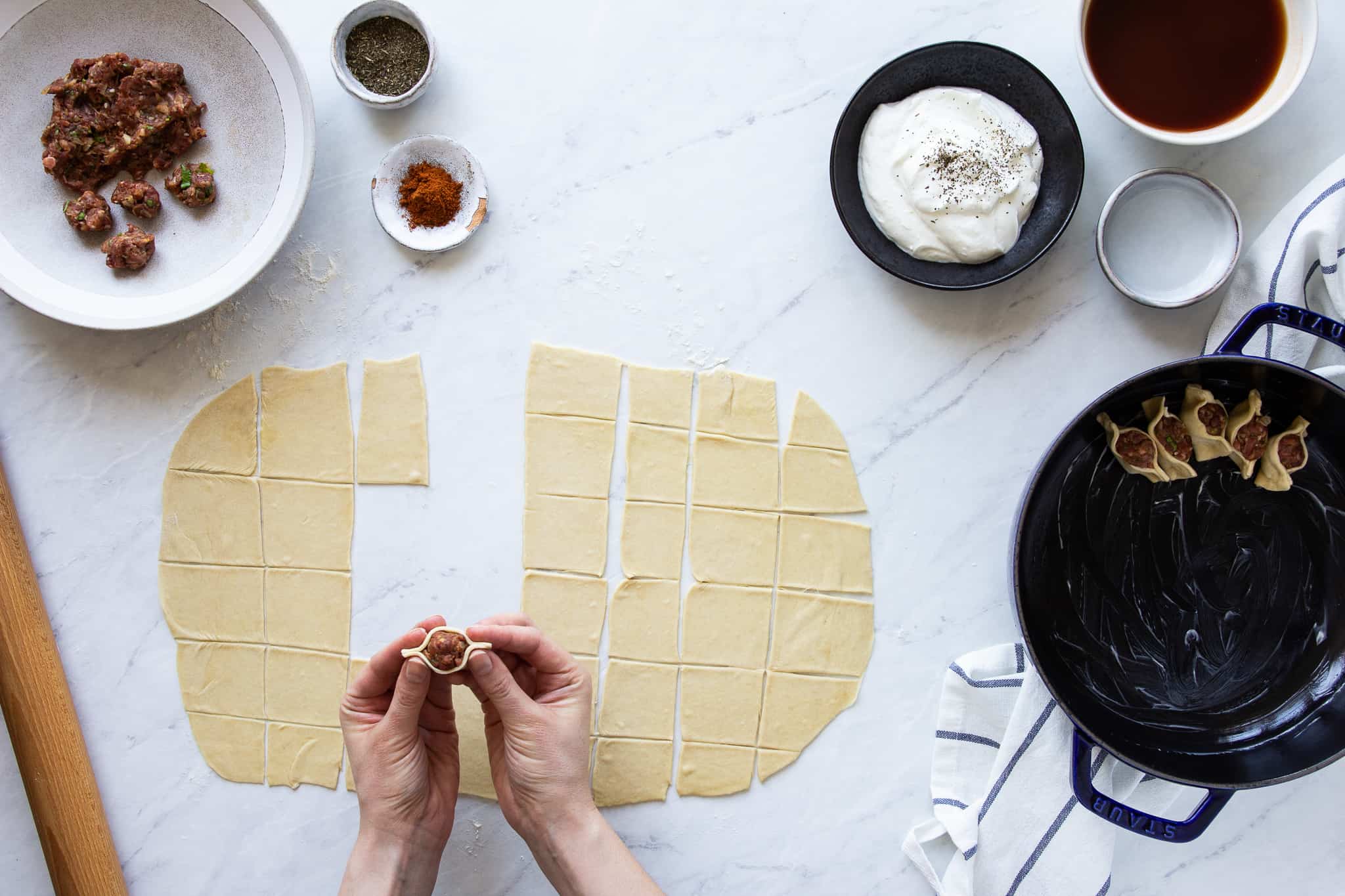 TIP – Try transferring the cooked onions to a large, cold plate and spread them out as much as possible. This will help the onions to cool down more quickly.

TIP – At this point, you should heat a small pan and fry off a little of the mixture and then taste for seasoning and adjust as necessary.