This Ottoman classic is fantastic as a vegetarian main course or a spectacular side dish with grilled meat. Smokey aubergine is paired with a rich tomato and pepper sauce, walnuts and garlic yoghurt. 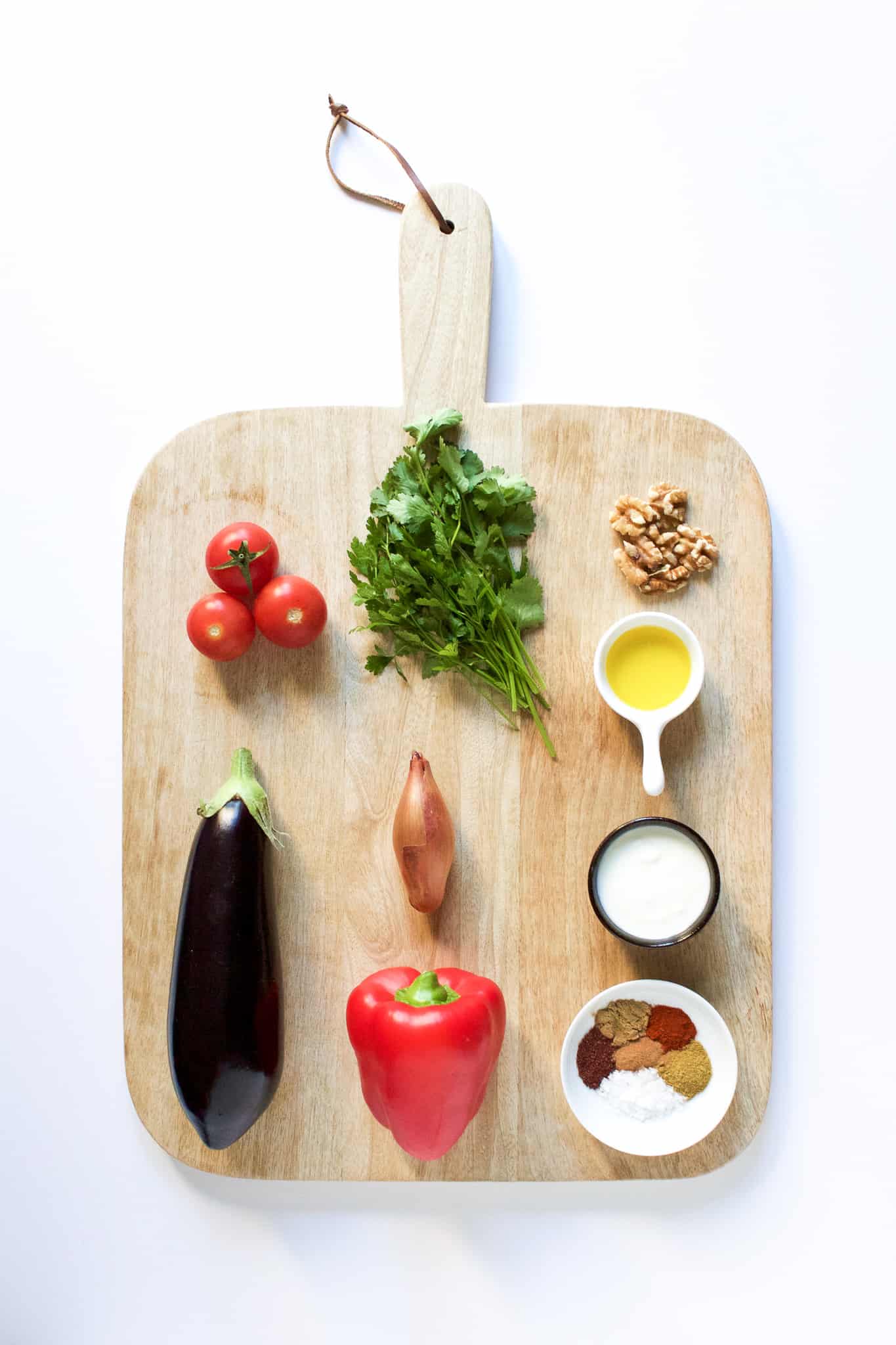 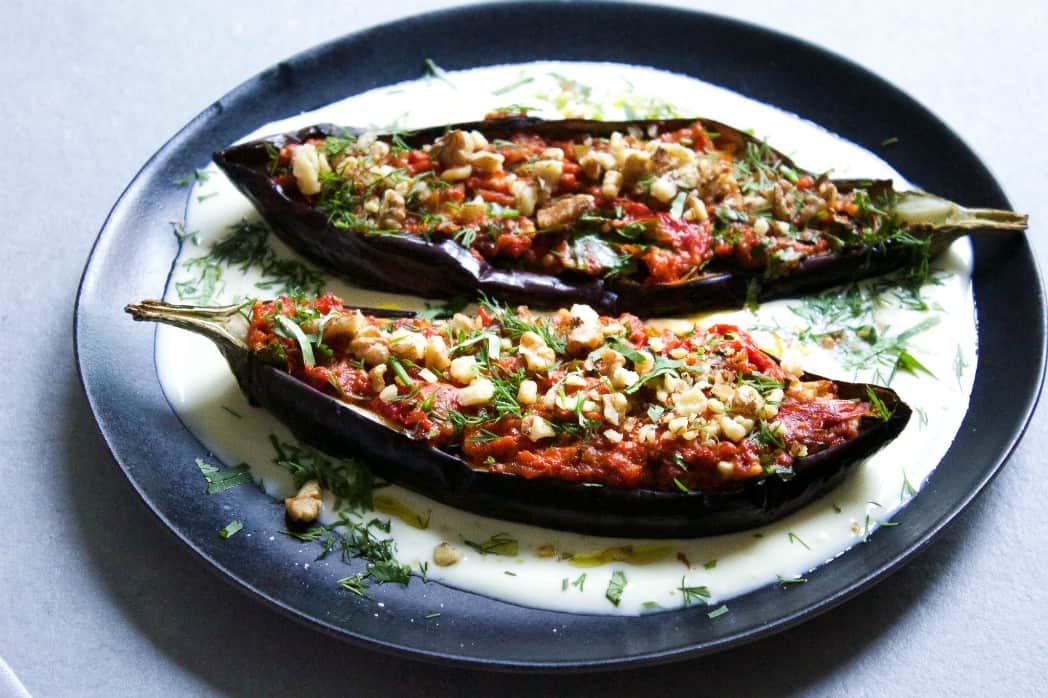 2. With a sharp knife, cut a single deep slit running the length of the aubergine but making sure not to cut through to the other side. Place the aubergines gut-side up on a baking tray and roast for 30 minutes.

Place the halved peppers skin-side up on a baking tray and drizzle with olive oil and a pinch of salt and pepper. Roast in the oven for 30 minutes or until the skin on the peppers is starting to blister.

3. Remove the aubergines from the oven and allow any liquid to drain away and then cut fully in half. Allow the Aubergine to cool whilst you make the sauce.

Remove the peppers and leave to stand for 5 minutes and then remove the skin from the peppers. This is much easier whilst they are still warm.

Place the peppers into a food processor and blitz until smooth, adding a splash or two of water if needed to loosen.

4. Place a large pan over a medium heat and add in the onion, sweat the onion for 3 minutes until starting to colour and then add in the minced garlic and ground spices, cooking off for a further 2 minutes, stirring frequently to prevent the onions from burning.

Add the pureed peppers to the pan along with the chopped tomatoes and give the mixture a good stir. Leave the sauce to gently simmer for 15-20 minutes, stirring occasionally.

Place the aubergines into the oven and bake for 20 minutes.

7. Allow the aubergines to cool for 10 minutes before topping with the chopped herbs and walnuts and serve on the garlic yoghurt.