Translated as ‘Hot Potatoes’ – these traditional Lebanese potatoes bring a lot more than simply heat. Crispy cubes of potato with the fluffiest of middles, comforting and heady with cumin and coriander, spicy with Aleppo chilli, bright and zingy with lemon juice and coriander leaves – this is a potato dish that has it all. And they are stunningly delicious.

We are serving ours with a roast red pepper sauce and garlic yoghurt and a subtle nod to another of our favourite, and similar sounding, potato dishes, Patatas Bravas. The Red pepper is traditional to the dish but usually simply roast alongside the potatoes whilst the garlic brings cooling, luscious tones. One of our favourite potato dishes. 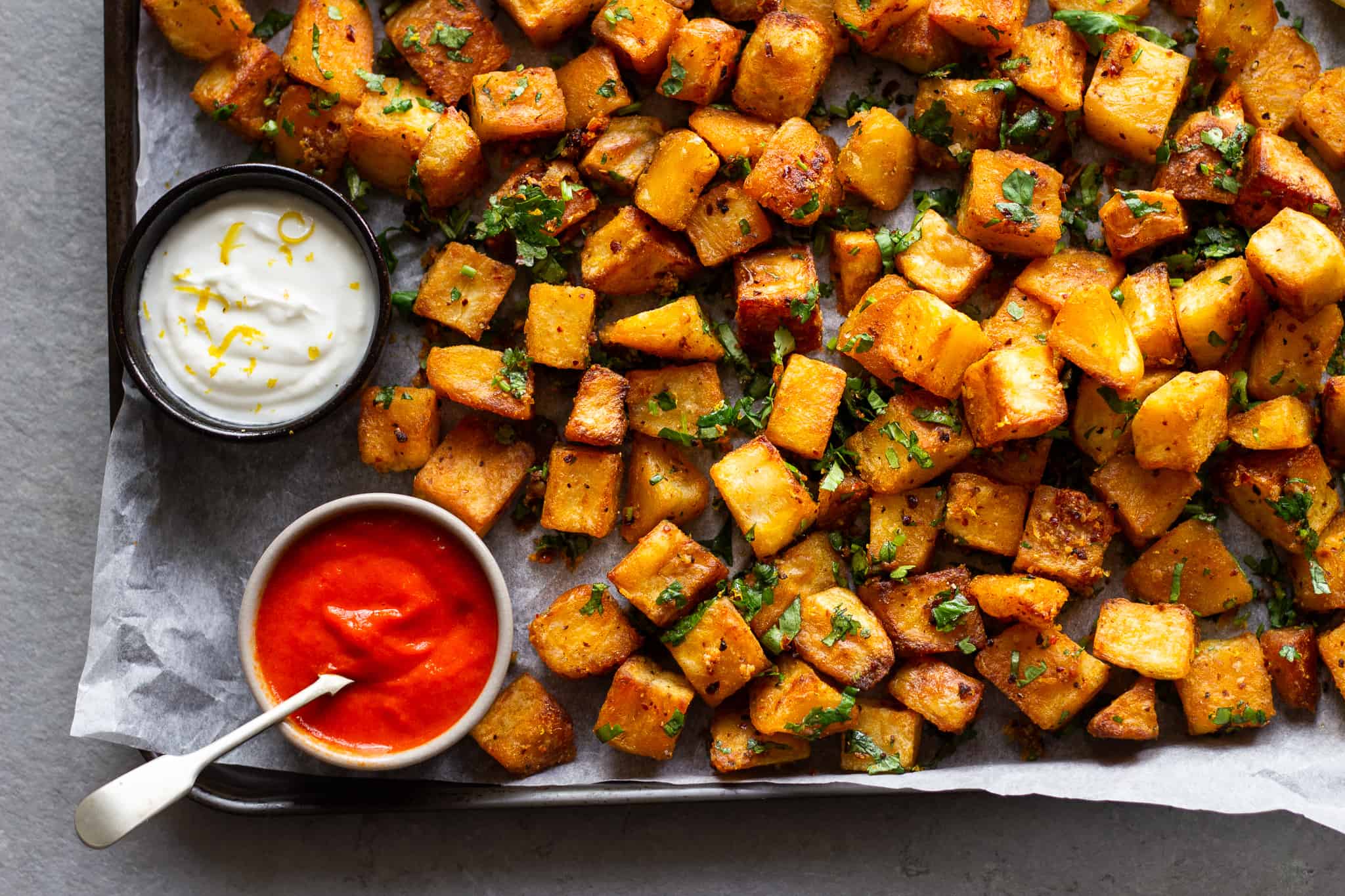 TIP – This sauce can be made in advance or whilst the potatoes are cooking.

TIP – Wrapping the pepper in foil will allow it to steam slightly, easing the removal of the skin.

TIP – Try not to overcrowd the tray, the potatoes will cook better if evenly spaced.