One of the Holy Trinity of Roman Pasta dishes – Cacio e Pepe has become one of the trendiest pasta dishes in recent times.

Maybe it’s the simplicity – literally “cheese and pepper”, it’s a wonderful advertisement for the merits of simple high-quality ingredients coming together to make something delicious. There’s also a real technique to it, anyone who has tried making this dish before knows there are some serious pitfalls to avoid – namely clumping balls of cheese.

A divisive subject – we add butter to our sauce. Purists will argue that butter has no place in Cacio e Pepe, We are not going to argue that this is the most traditional of recipes – after all, we go on to add poppy seeds. However, adding butter is not uncommon. It helps to stabilize the sauce and works to prevent the sauce from splitting as it emulsifies together. Padella, owners of probably the most famous Cacio e Pepe in London evidently use butter in THEIR RECIPE, so we feel vindicated at least!

Our version adds the nutty, savoury tones from poppy seeds to complement the clean cheese and pepper combination that makes this dish. 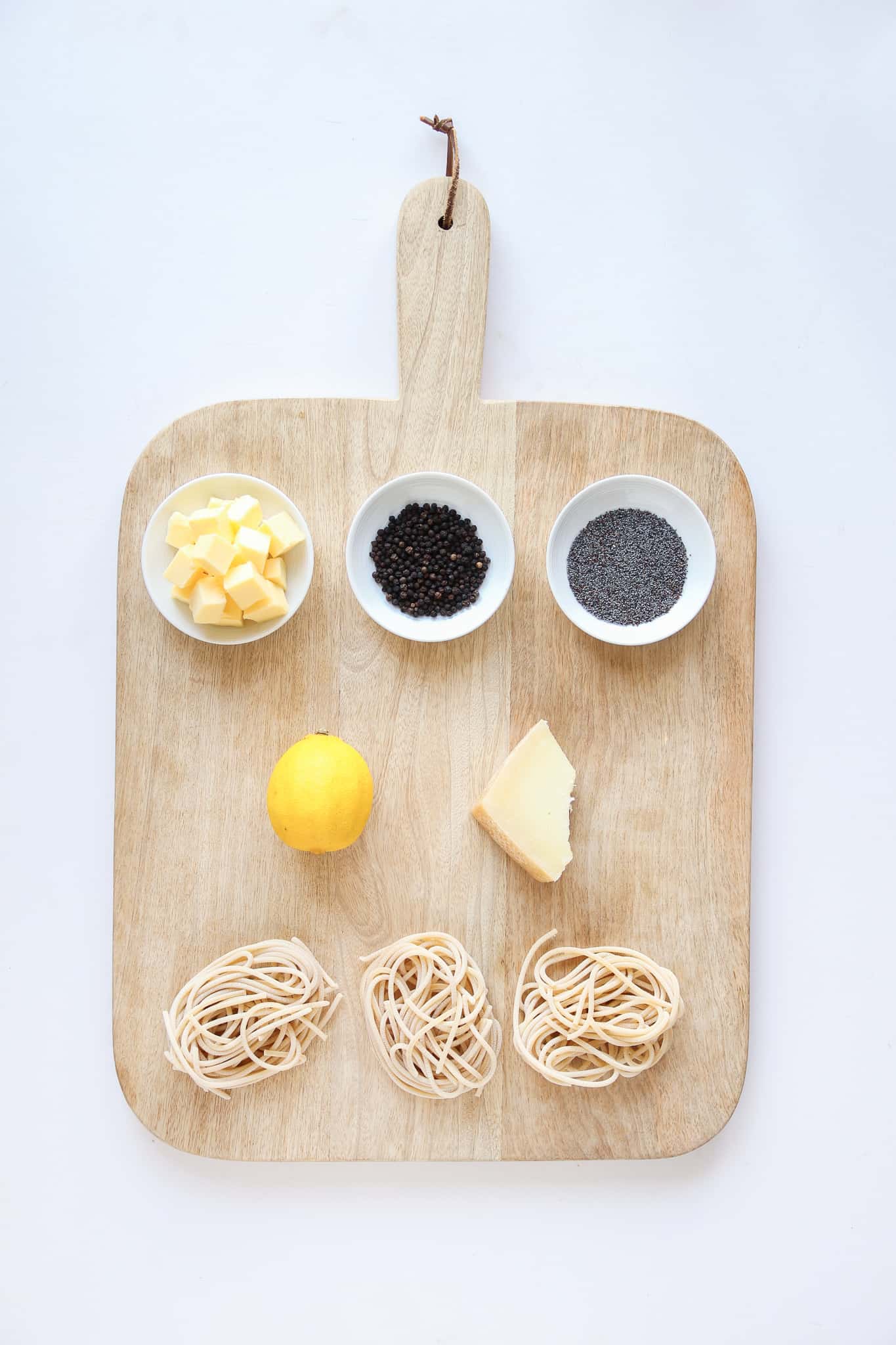 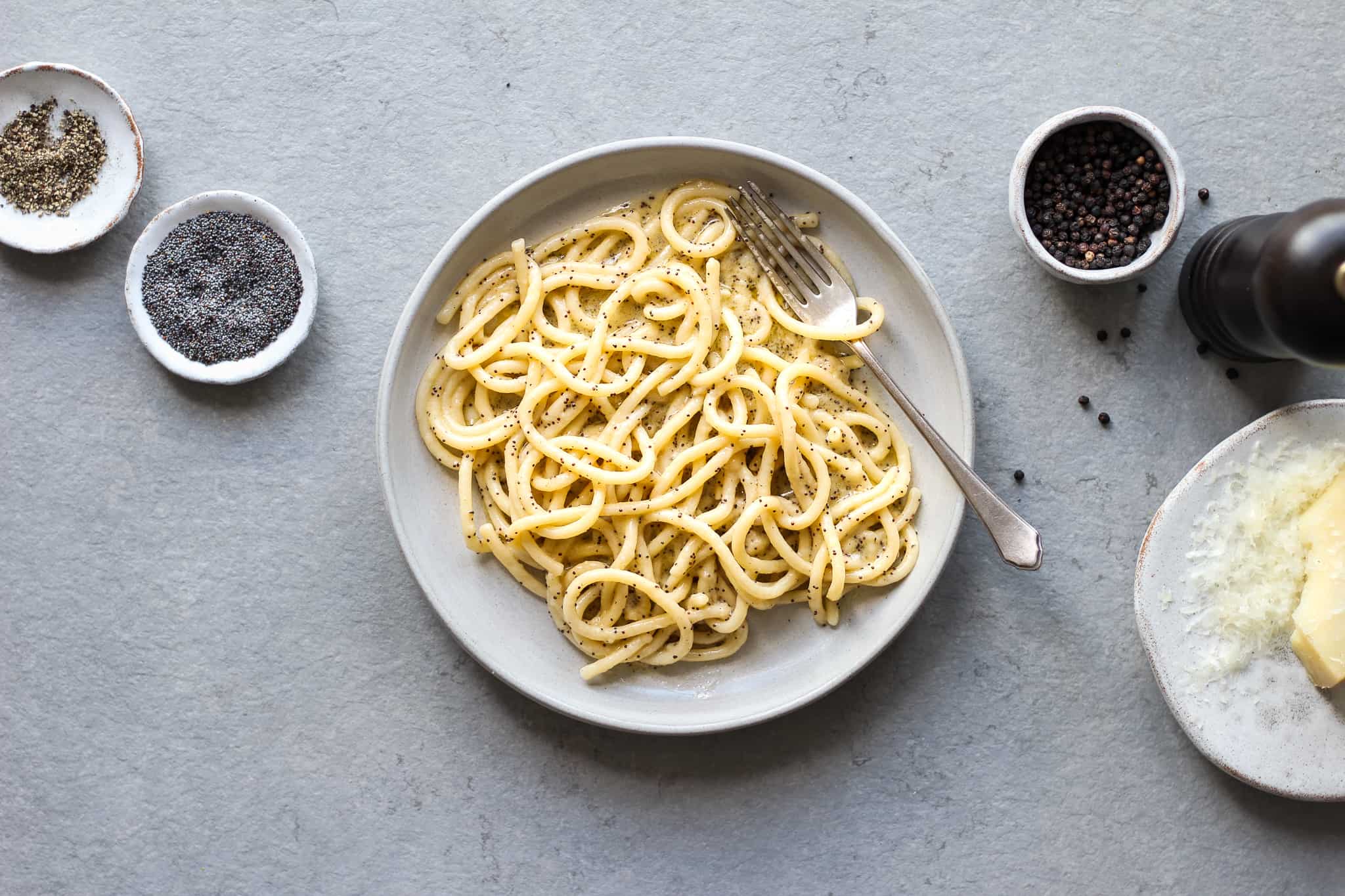 TIP – The Cacio e Pepe comes together using the starchy pasta water to emulsify the cheese and butter to create a glossy sauce. This means you will be assembling the sauce whilst the pasta is cooking. The sauce takes no more than 5 minutes to come together so you want to start the sauce 5 minutes before the pasta is cooked until al dente.

Most dried pasta cooks in about 10 minutes, this means you want to start working on the sauce after about five minutes. Check according to the cooking instructions for your pasta.