If there is a French classic that’s absolutely perfect for these cold evenings it is, of course, French Onion Soup. A giant cheesy crouton unashamedly masquerading as a soup makes for a super comforting supper at this time of year. We’ve added the salty and umami flavour of Marmite that is almost certainly treasonous to many a purist but really boosts the flavours and we think makes it taste even better! 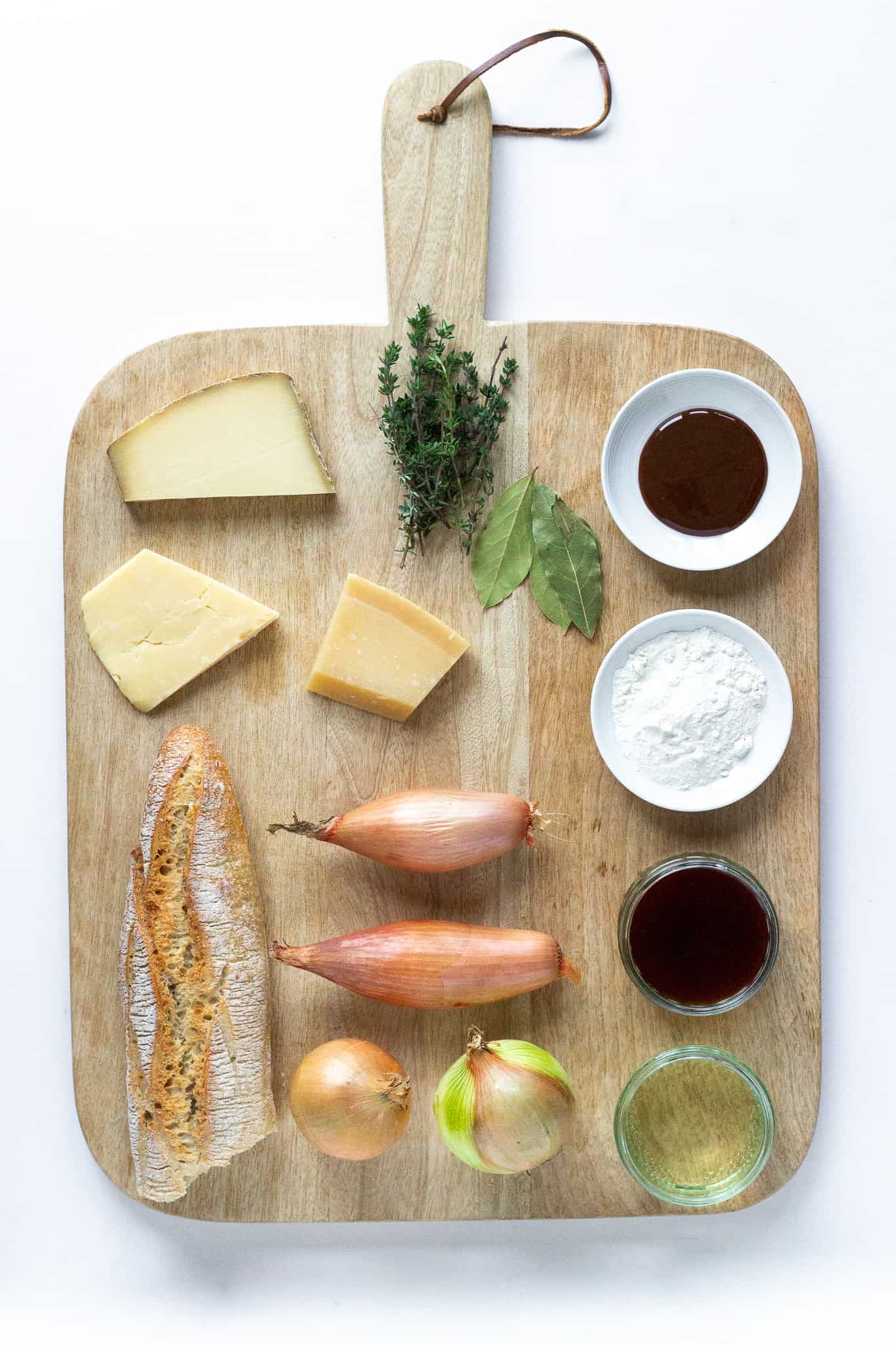 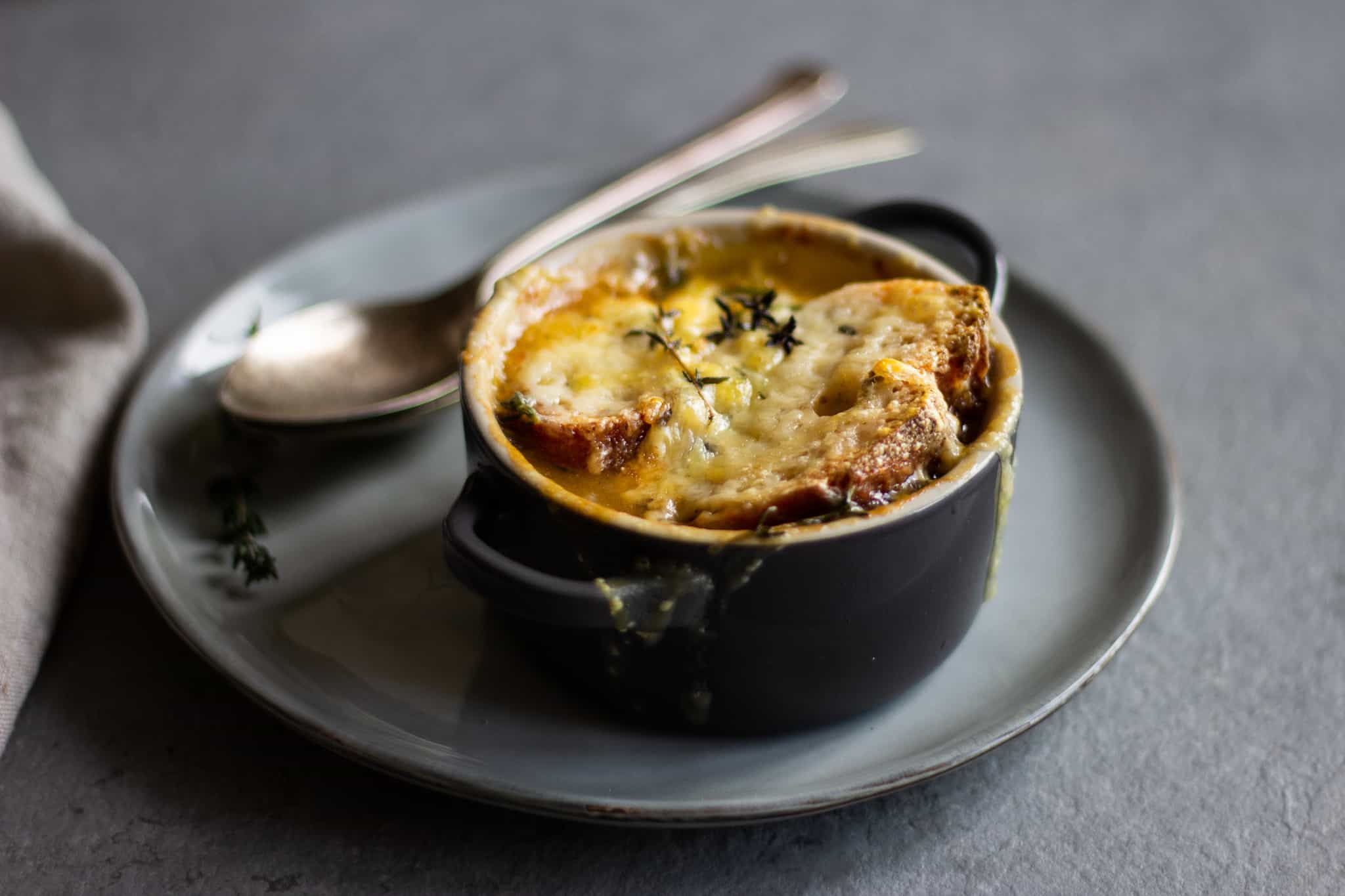 Marmite, to spread on the bread

​2. Drizzle the sliced bread with olive oil and a pinch of salt and pepper. Place in the oven and cook for 10 minutes until crisp and golden.

Set aside until needed.

​1. Place a large, deep pan over a low heat with a lug of olive oil. Add the sliced onion to the pan and cook for 1 hour over a very low heat until the onions are sweet and jammy.

​TIP – it’s really important not to rush this part, cooking the onions over a very low heat helps all the natural sugars to release and the flavours to develop.

​2. Increase the heat to a medium-high and then add the thyme and butter to the pan and allow to melt before adding the flour into the pan. Cook-off for a minute or two.

​3. Add the wine to the pan and mix together until fully combined. Add the beef stock and the marmite to the pan and bring to the boil. Then, reduce the heat to a gentle simmer and cook for 15 minutes until thickened.

1. Preheat the oven under a grill setting.

​2. Spread a thin layer of Marmite over one side of each of the croutons.

​3. Next, transfer the soup into small, oven-safe soup bowls and top with two of the crouton slices.

4. To finish, top with the Emmental slices and then the grated cheese and a few sprigs of thyme. Transfer to the oven and grill for a few minutes until the cheese is melted and starting to colour.