Continuing my love of everything anchovies, we’ve taken the oh-so-English Gentleman’s Relish and applied it to the ultimate crowd pleaser; 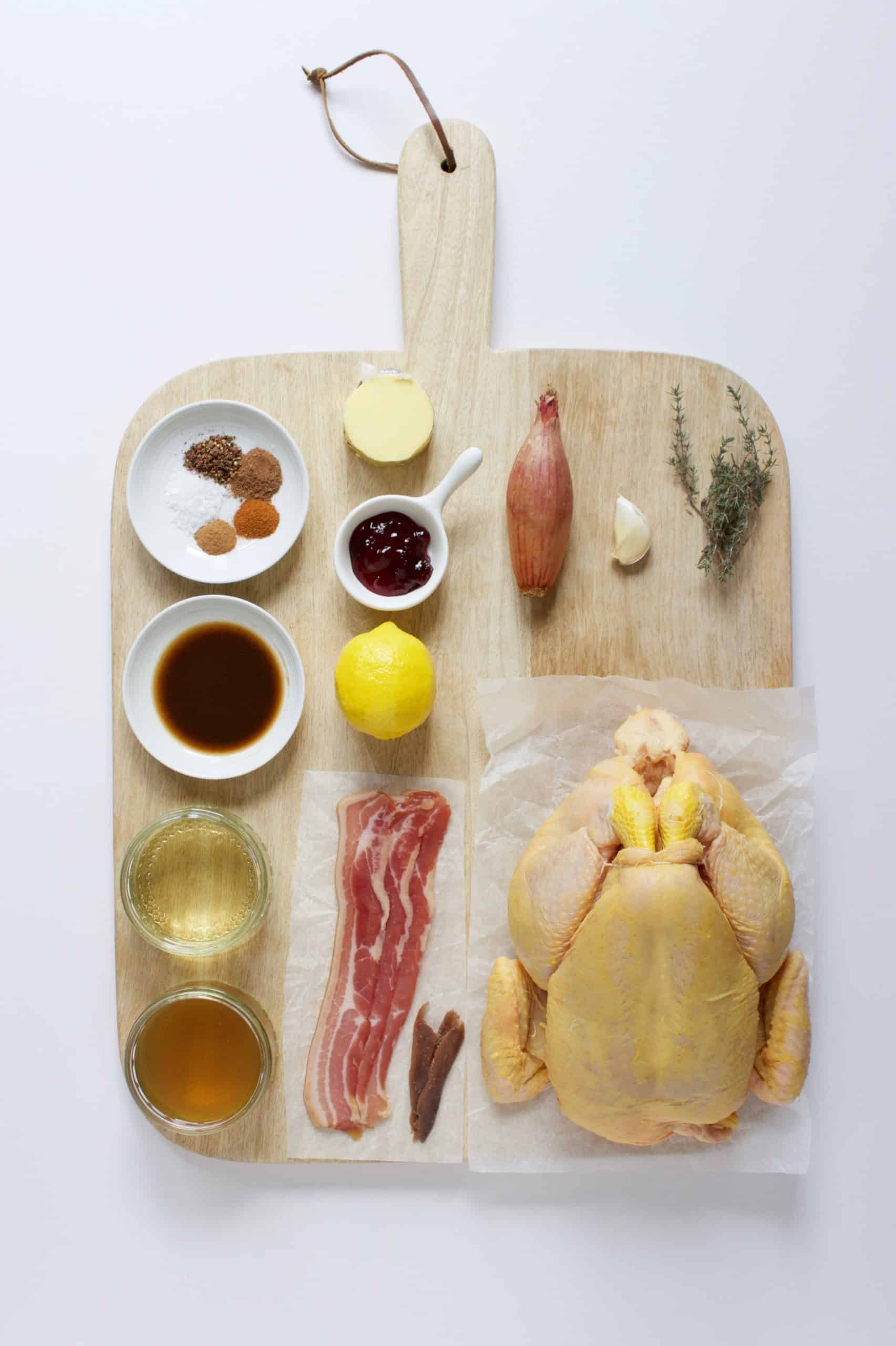 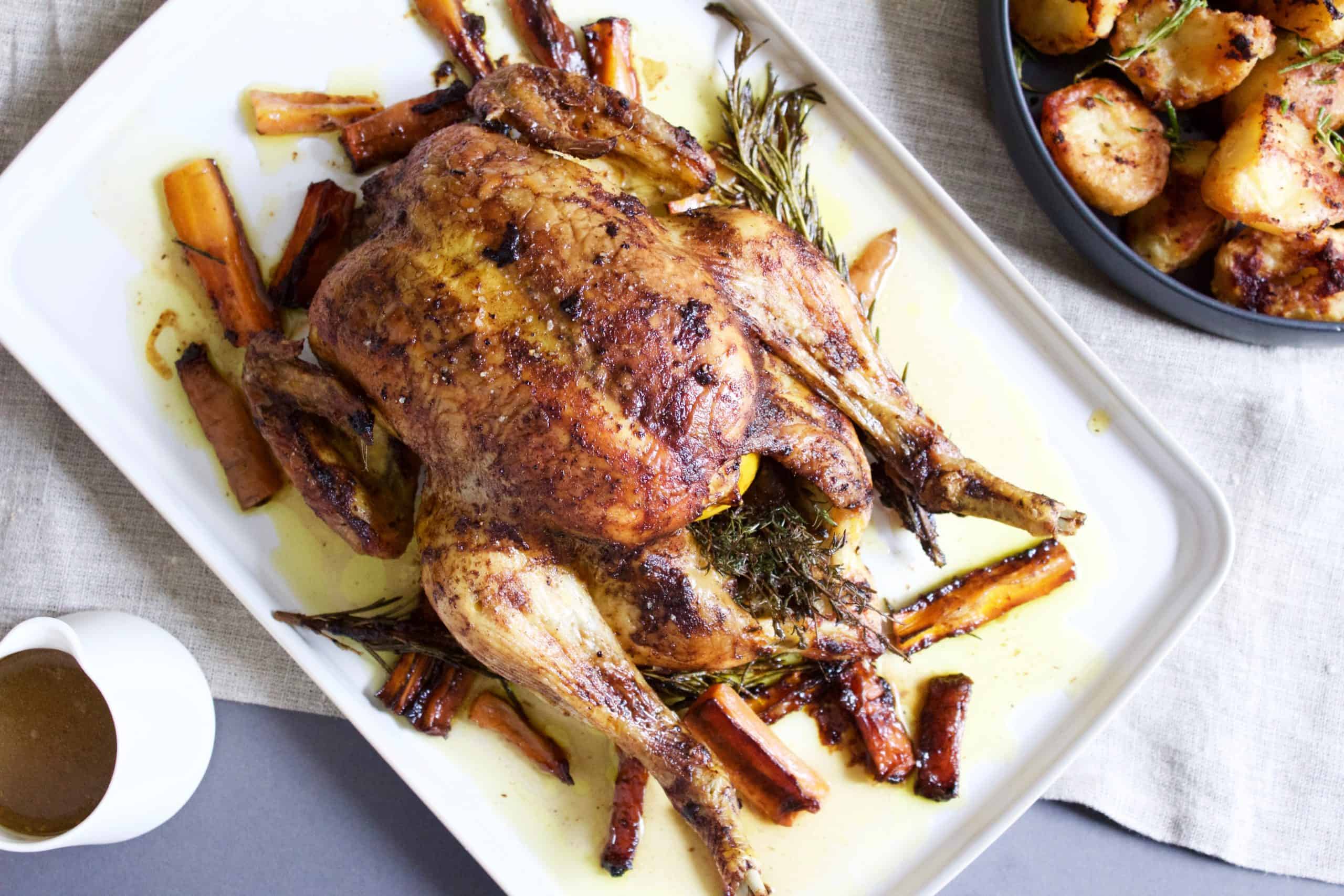 5. Scatter a layer of roughly chopped root vegetables on a large roasting tray. Creating this vegetable trivet both helps the meat to cook evenly as well as imparting flavour. Place the chicken on top of the vegetables and then smother all over with the remaining flavoured butter. Roll and pierce the zested lemon and place inside the cavity along with the remaining thyme.

6. Loosely cover the chicken with foil and then place into the oven. Immediately reduce the heat of the oven to 150 °C. Roast the chicken for 1 ½ hours.

7. After 1 ½ hours remove the chicken from the oven and remove the foil. Ladle over any juices that have gathered in the bottom of the pan and then return the chicken to the oven for a further ½ hour or until the skin on the chicken has become golden and crisp and the internal temperature has reached 75 °C in the thickest part of the breast.

8.Once cooked, transfer the chicken to a serving plate and cover with foil, making sure to reserve any juices that have collected in the pan. Allow the chicken to rest for at least 15 minutes before serving. A perfect time to work on some gravy!

1. Place a large pan over a medium-high heat with a generous lug of olive oil. Add the onions and sauté for 2 minutes or until starting to colour. Add in the garlic, diced bacon, anchovies and thyme and cook for a further 3-4 minutes stirring often to avoid anything burning.

2. Turn the heat up to high and pour in the wine. Cook until the liquid is reduced by two thirds, stirring occasionally to prevent anything catching on the bottom of the pan.

3. Pour in the chicken stock along with the juices from the chicken and bring to the boil. Reduce the heat and simmer until reduced by half.

4. Pass the gravy through a sieve and into another pan, keeping the gravy warm over a low heat. Stir in the Cranberry sauce and then season the gravy to taste. Finally, whisk in a small knob of butter and serve immediately with the roast chicken. 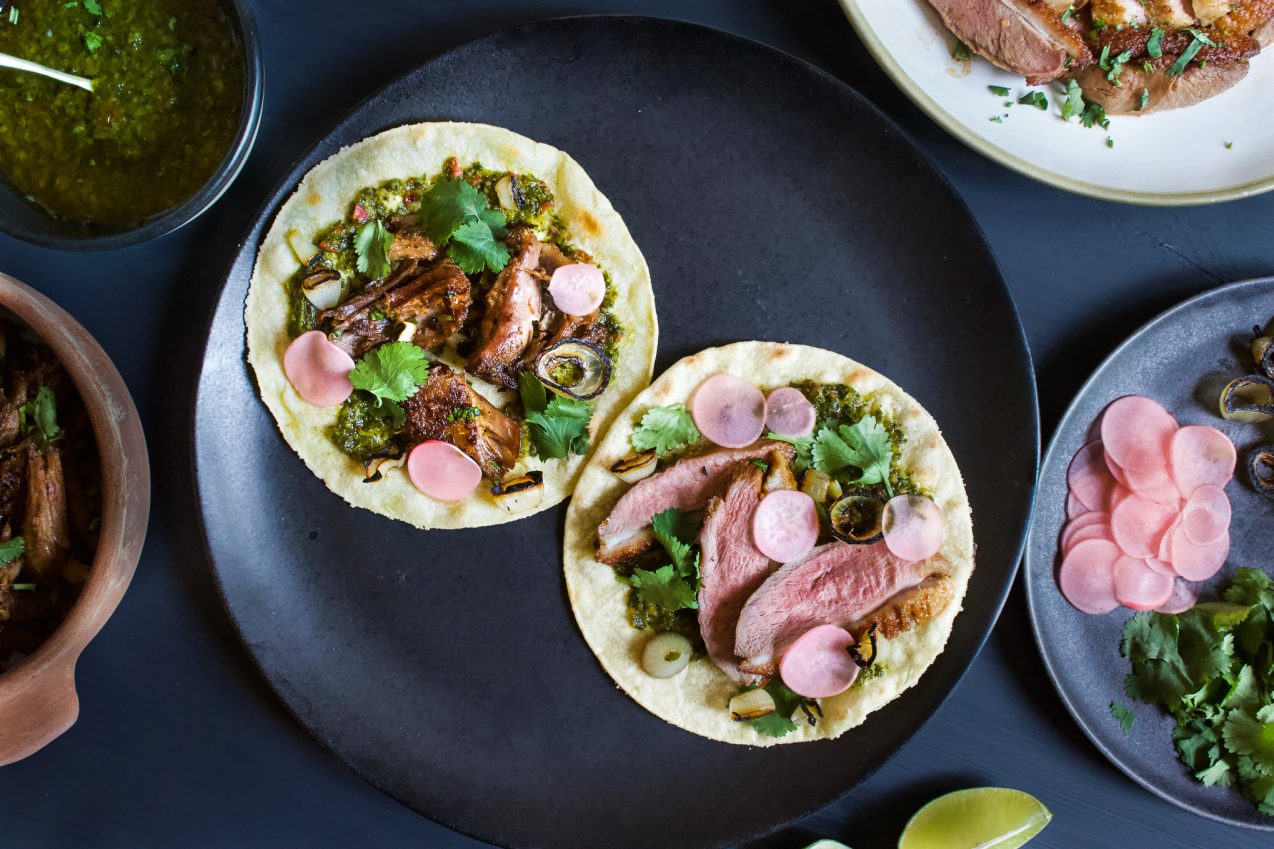 ALL THE DUCK TACOS