As soon as the first sights of Spring emerge, hot cross buns make an appearance all over the UK. And what joy these bring!

In this version, I have swapped the raisins out (as they seem to be unappealing for many) for pistachios and lemon & orange candied peel. The combination of pistachios, lemon and orange in these hot cross buns is not only delicious but also brightens up the little buns with yellow and green, very much like the daffodils you get around Easter this time of year. 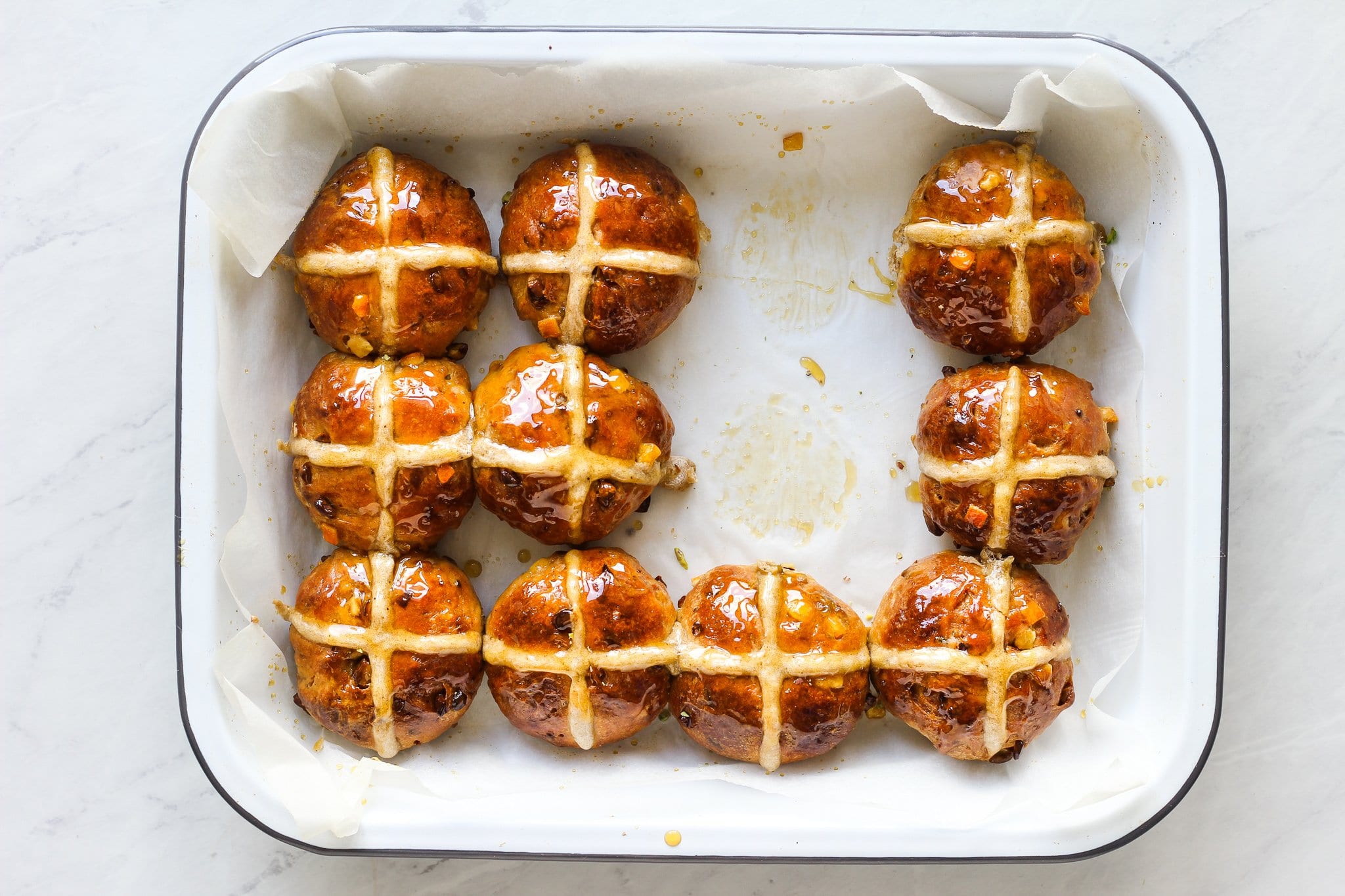 TIP – At this stage, if you’re short on time, you can place the dough to prove overnight in the fridge. Just take it out for 1 to 2 hours before moving on to the next stage.

9.When the hot cross buns are ready, brush all of the glaze over immediately whilst they are still hot.

Serve toasted with a little butter, jam and tea!