For me, Moussaka seems inexorably linked with fondly remembered holidays usually involving blue seas and skies and generally too much food. For which moussaka is often a principal offender. Mostly, it reminds me of sunshine – a curious contrast as Moussaka seems for all the world a hearty, wintry dish more suited to rain and clouds. Which is presumably why I love it so much. A warming, comforting dish on a cold day that simultaneously draws memories of the sun. What could be better?

We have kept our version of this dish fairly simple. The lamb is spiked with cinnamon and oregano, as it should be and while many recipes call for both potatoes and courgettes, we prefer to stick solely to aubergine, as by far the most interesting of three.

Our real highlight comes in replacing the often bland bechamel with a salty whipped feta – deepening Aegean memories and adding a salty freshness to cut through the richness of the dish. It’s one of my undisputed favourites 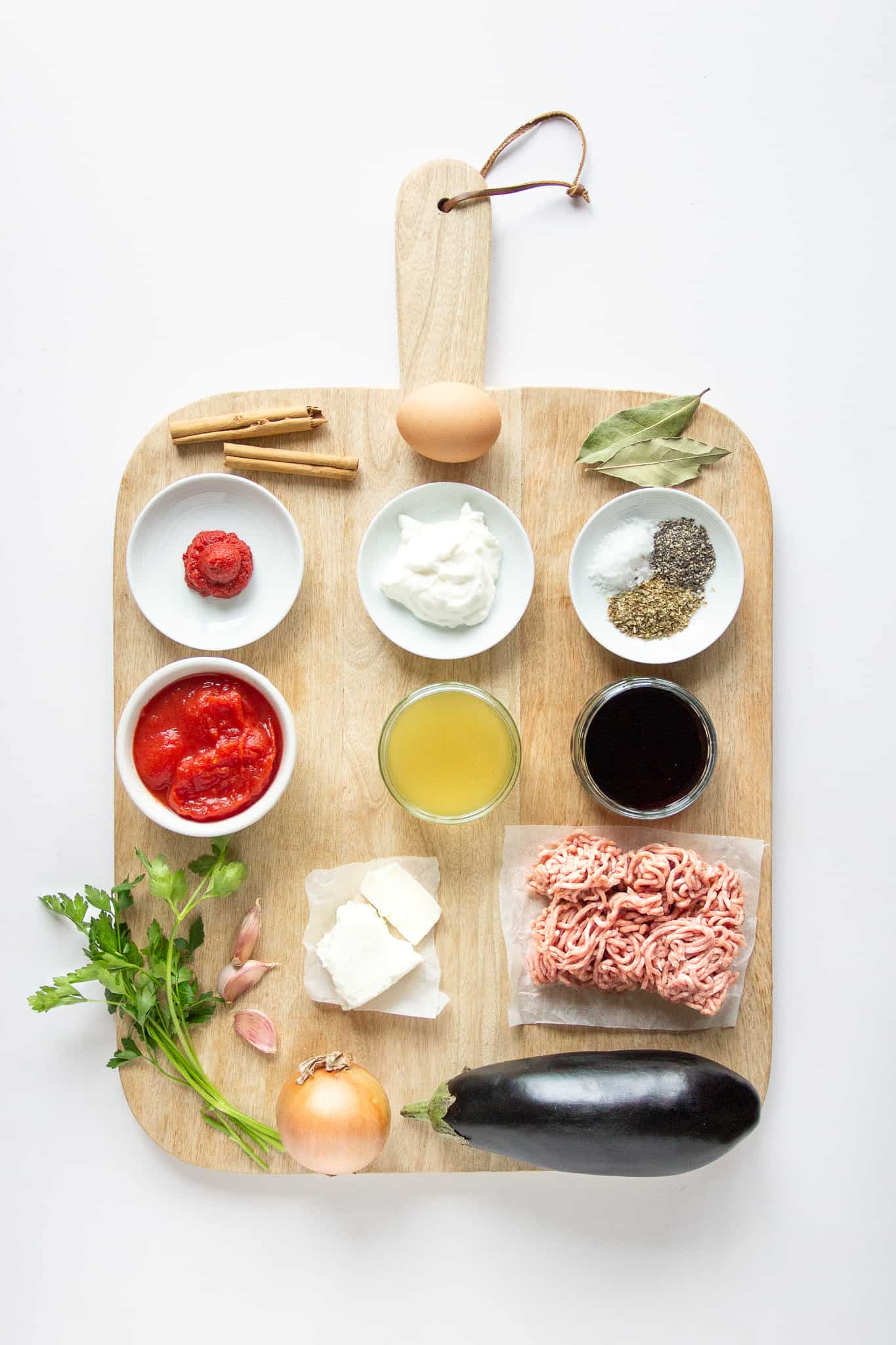 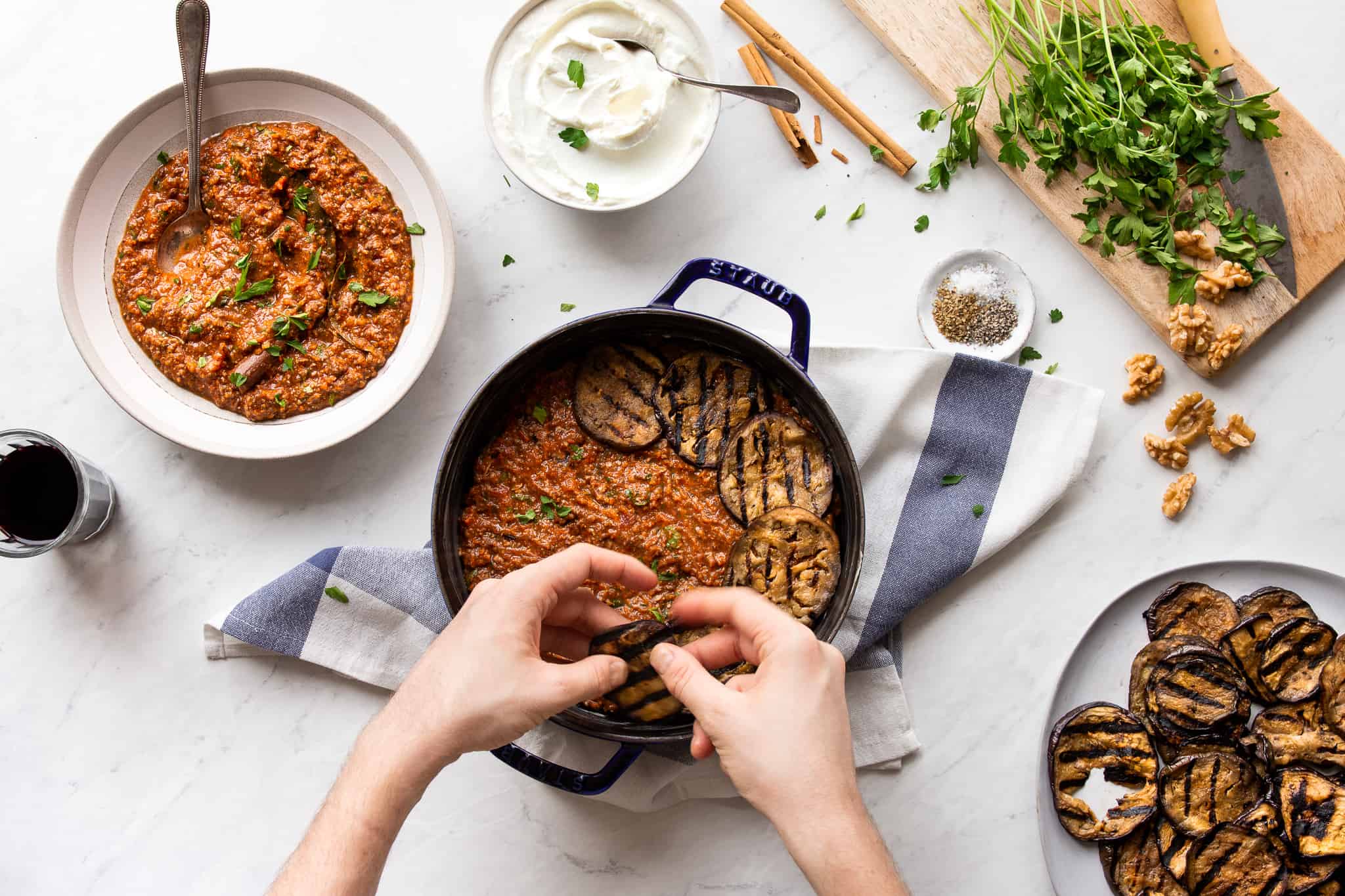 TIP – This can be done a day in advance and kept in the fridge if necessary. I usually salt the aubergine, then prepare the filling and grill the aubergines as the lamb is cooking

TIP – This can also be done with a mixing bowl and a whisk, starting with the feta and then gradually adding the yoghurt and finally the yolks to achieve a smooth texture.

TIP – The Moussaka can be assembled a day in advance if necessary and will freeze extremely well too.