Shakshuka is one of our favourite weekend breakfast treats and this slight twist to the classic really embraces the pepper. We’ve substituted the tomato with a smokey roast red pepper sauce, in which you’ll find some sweet green and yellow bell peppers and finally, dotted over the top are some charred pickled guindillas. 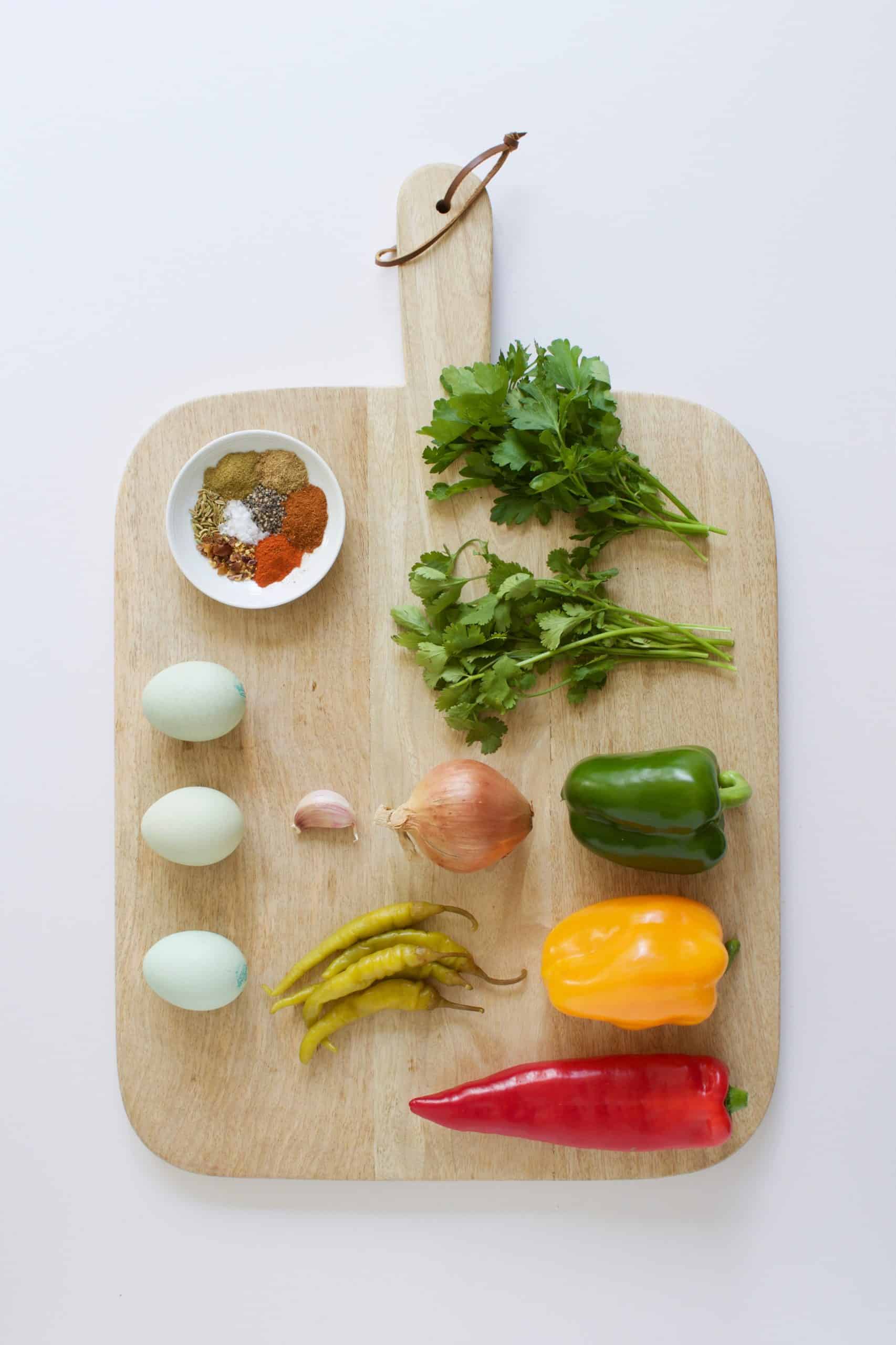 Coriander Leaves, half a handful

Parsley Leaves, half a handful

TIP – Try cracking the eggs into a small bowl or cup and transfer from there into the wells.