If you are a fan of lemon tart, then you will fall for these lemon curd choux. They are not as daunting as they look, providing you follow the recipe. They are best scoffed on the same day! 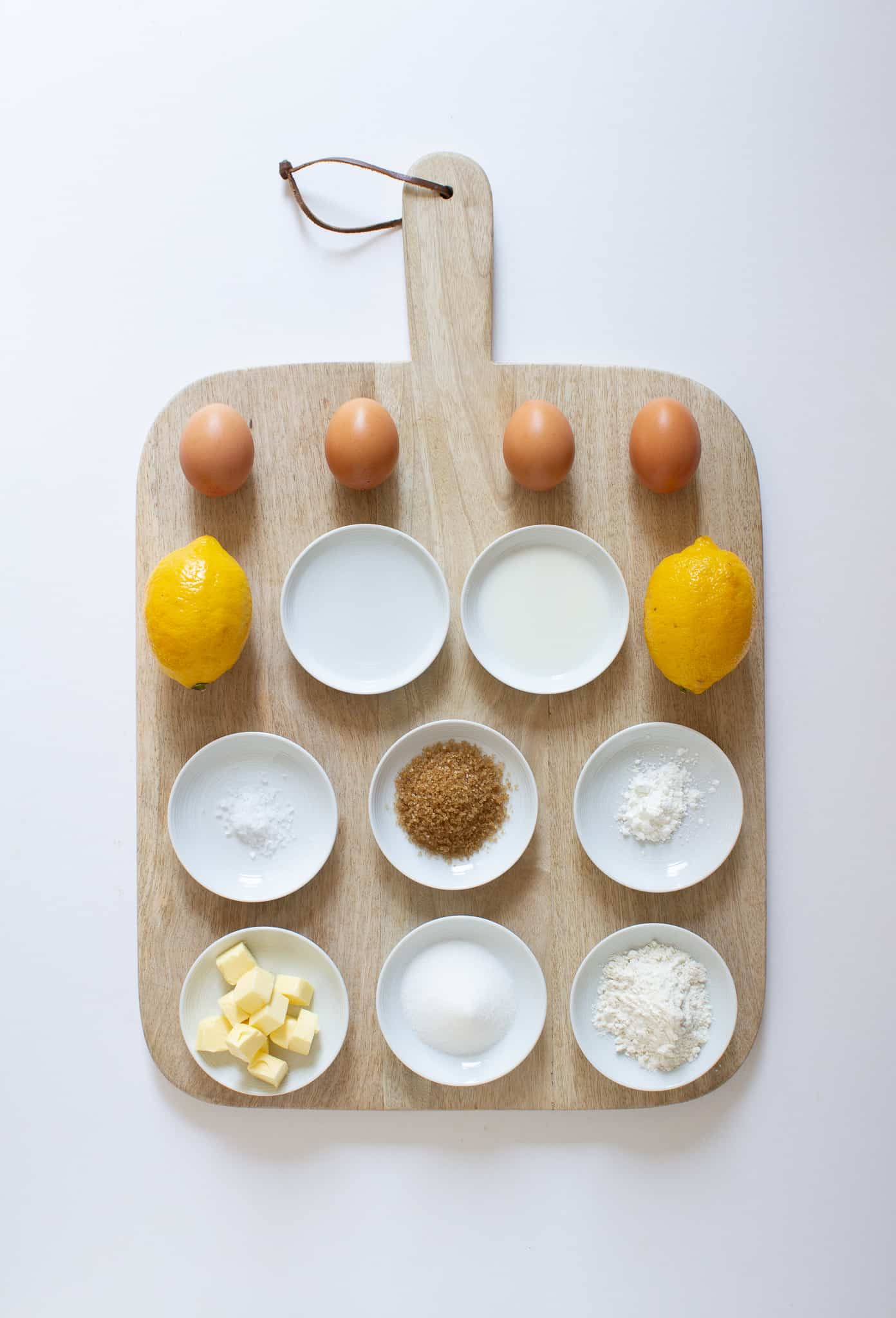 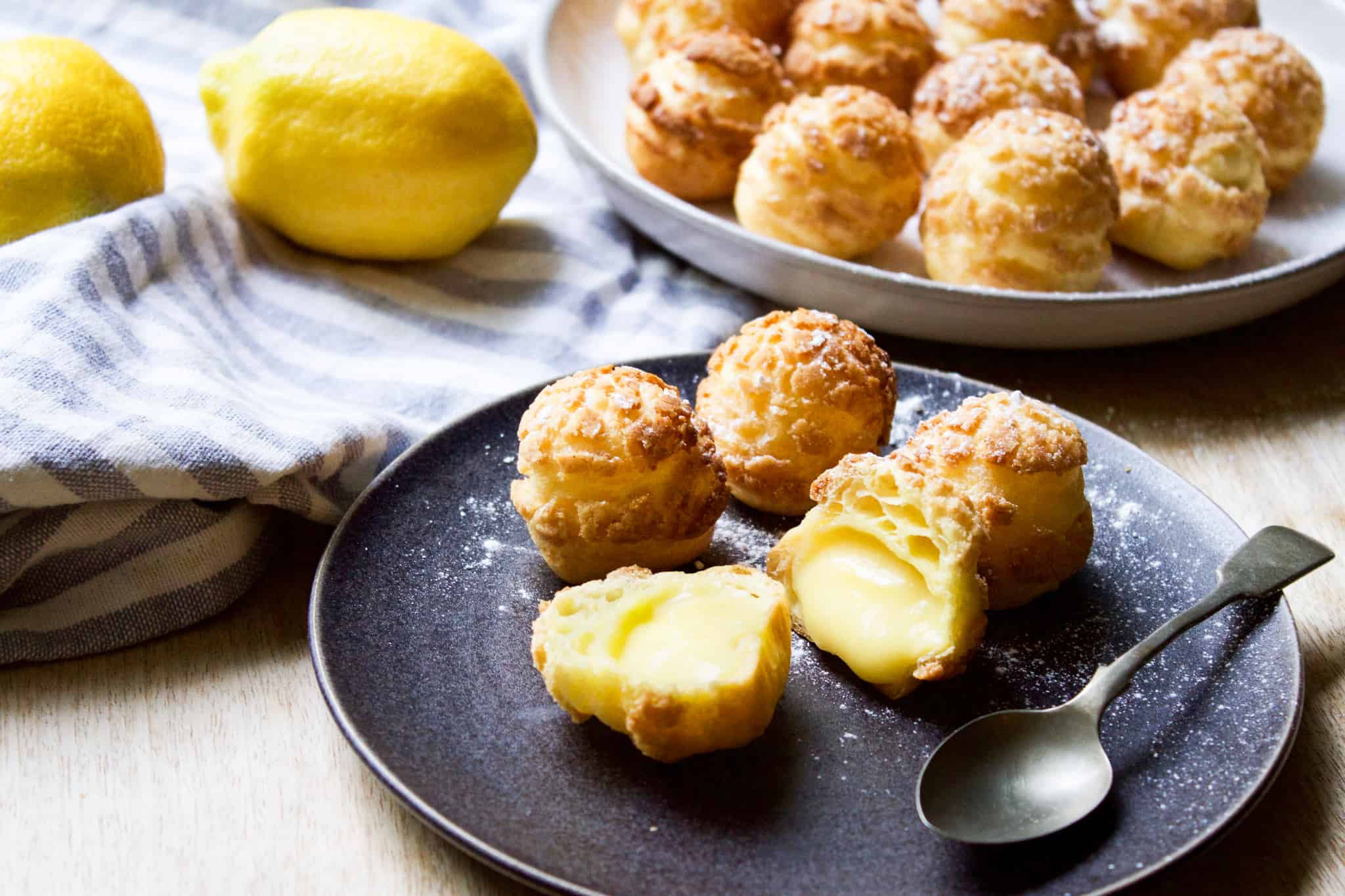 1. Pour the lemon juice and milk in a large pan, and bring to a ligth boil. Take the pan off the heat.

2. In a bowl, combine the eggs and sugar and beat until light and fluffy. Add the flour and mix until evenly combined. Whisk in gradually the warm lemon mixture, and place the mix back in the pan, over medium heat.

3. At this stage, keep your eyes on the mixture, stirring it well until it thickens. Make sure to scrape the middle and sides of the pan to avoid the mixture to burn. This will take 10-15 minutes. Once it starts to simmer on the surface, continue mixing for 50 secondes and then, take it off the heat.

4. Add in the butter, cut in small cubes, and whisk well until combined.

5. Place the mixture in a clean bowl, and cover with cling film, directly on the surface to stop a skin forming. Pierce the film with a knife a few times to let the steam out. Place in the fridge and leave to cool for 2 hours.

1. Put the butter cut in cubes in a food processor and beat until you get a creamy texture. Add the brown sugar and the flour and mix by hand until it forms into a ball. ​

2. Place the mixture between two sheets of baking parchment and flatten with a rolling pin to a 2-3mm thickness. Using a cutter stamp out 6-7cm circles, leaving them in place. Cover the craquelin and put in the fridge.

​1. Pour the water, sugar, salt and butter cut in cubes in a pan. Bring the mixture to the boil and take of the heat. Add the flour, all at once and quickly beat with a wooden spatula to form a thick paste without lumps.

2. Place the pan back on low heat and continue to mix the mixture vigorously, so that the humidity gets out. Make sure to ‘crush’ the paste against the sides of the pan to dry it out. The mixture is ready when there is a very thin film of paste at the bottom of the pan. The mixture should also detach itself easily from the pan. ​

3. Once ready, quickly put the mixture in a bowl, to stop the cooking process, and continue to mix with the spatula to cool rapidly.

​4. Add one egg to the preparation, and mix until well combined. Add the second egg and mix until smooth. The mix should look smooth and shiny.

​6. Place the choux pastry in a pipping bag, with a plain round nozzle. Pipe each choux approximately 5cm in diameter on a baking tray with grease prove paper. Make sure to space them out as they will expand. Place a single piece of cut out craquelin on each choux by pressing it on slightly.

​8. Once completely cooled, pipe each choux with the lemon curd filling: if needed whisk slightly the curd to loosen it, and then pipe the mix by inserting a small pipping nozzle in the bottom part and squeeze until filled to the brim.