The French region of Normandy is known for several things amongst which: its cows, and therefore its dairy products, as well as its apples, and consequently its cider, and calvados. One of the most popular desserts from Normandy is the Teurgoule (or turgoule). Consisting of very few ingredients, namely cream, milk, rice, sugar and cinnamon the recipe dates back to the 17th century. Neither rice nor cinnamon was commonplace at the time and were seemingly ingredients discovered on a ship that was captured on its way back from the New World. The name ‘teurgoule’ is derived from se “tordre la goule” slang for “to twist one’s mouth”. There are several hypotheses for the name’s origin, either referring to the faces people pulled when eating the dessert as it was piping hot or because people were tasting cinnamon, a then unknown spice, for the first time.

Either way, this French rice pudding is incredibly simple to make, slow-cooked for several hours at low temperature in the oven, resulting in a wonderfully creamy and comforting dessert. The rice will have completely absorbed the liquids, melting almost completely and will be topped by a golden-brown crust.  We spiked it with added calvados, as a nod to the region’s local alcohol, which adds a subtle honey and almond flavour to the rich rice pudding. Teurgoule is a great gluten-free pudding to serve to guests as there really is very little active time! 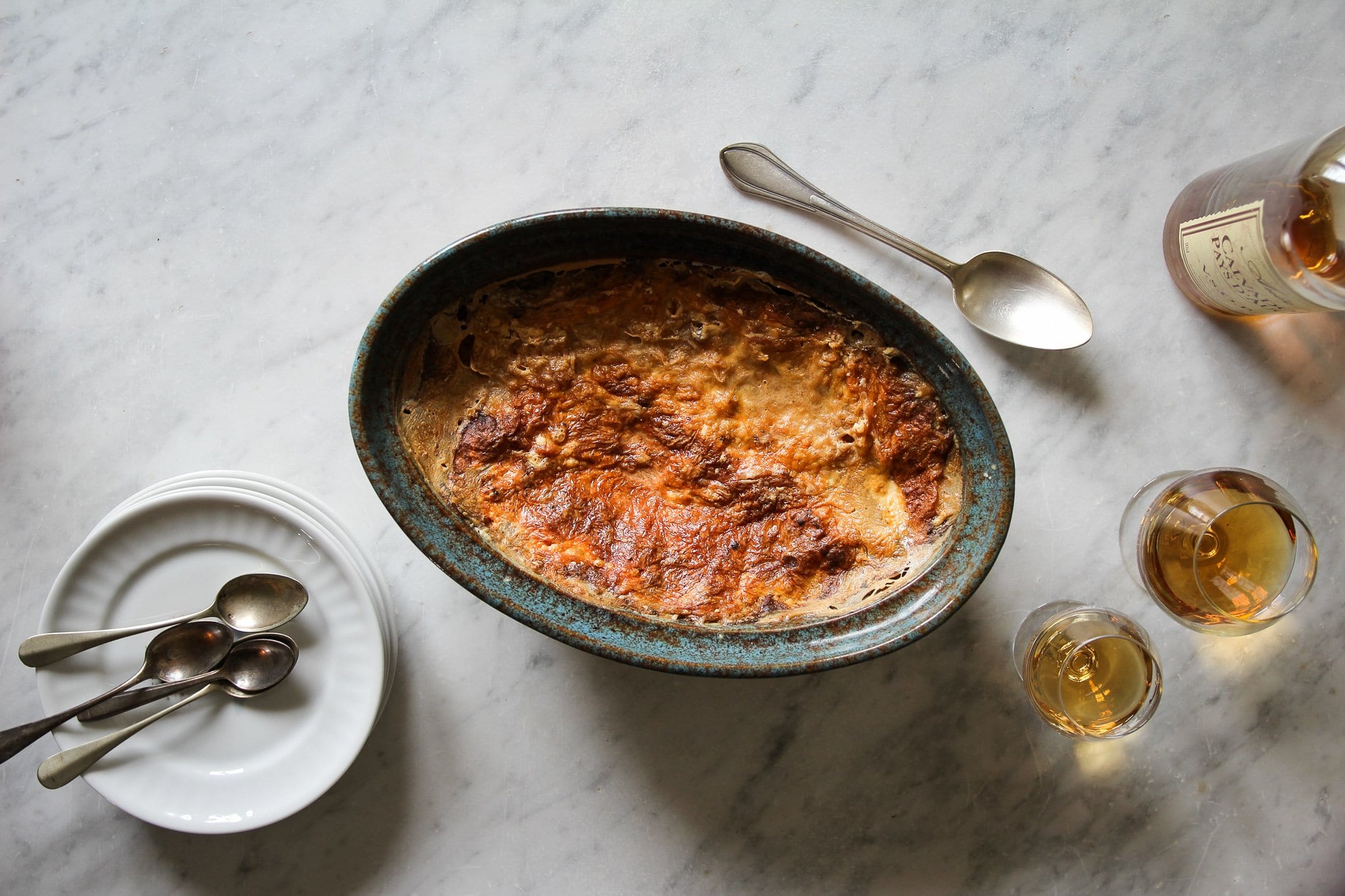 TIP – Make sure to use high-quality full-fat dairy products here. Teurgoule is a simple dish. With so few ingredients, the quality of your milk and cream will have a noticeable impact on the pudding’s taste!

And that’s it! If you’re a fan of rice pudding, I urge you to try Teurgoule now! As you can see it really takes less than 15 minutes of preparation and the rest is completely hands-off! Serve warm with an added sprinkle of sugar and stewed apples.

Previous SAFFRON NAAN BREAD
Next LONDON’S BEST DELICATESSENS TO TRY NOW: IN THE NORTH EAST AND BEYOND