These raspberry and saffron friands are beautiful little cakes that truly look the part but are surprisingly easy to make. They are made using ground almonds, egg whites and brown butter which results in small cakes with a nutty flavour and a light and springy texture.

Also called visitandines in France, they were first made back in the XIXth century by nuns of the Order of the Visitation. A few years later, a baker named Lasne made them popular once again by appealing to his audience. With his bakery near the Bourse, the financial center of Paris, he renamed the little cakes financiers, and made them into rectangles, similar to the shape of gold bars! Now you’ll find them most often in the shape of an oval in French patisseries, but fret not, baking them in a muffin tin works just as well.

In any case, this raspberry friands recipe makes delightful mini cakes that are wonderfully moreish and with the addition of icing on top will make for a stunning addition to your afternoon tea stand. 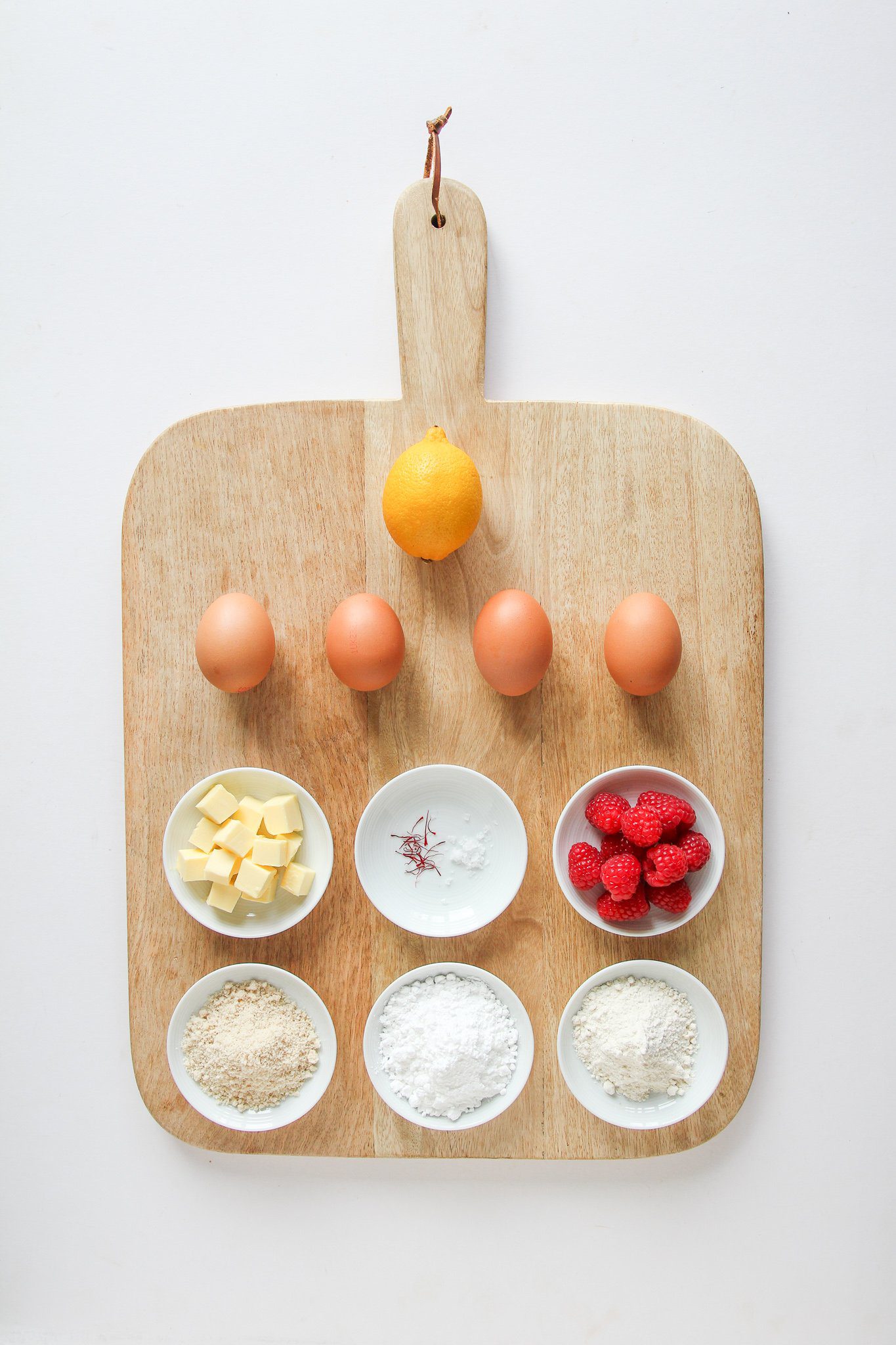 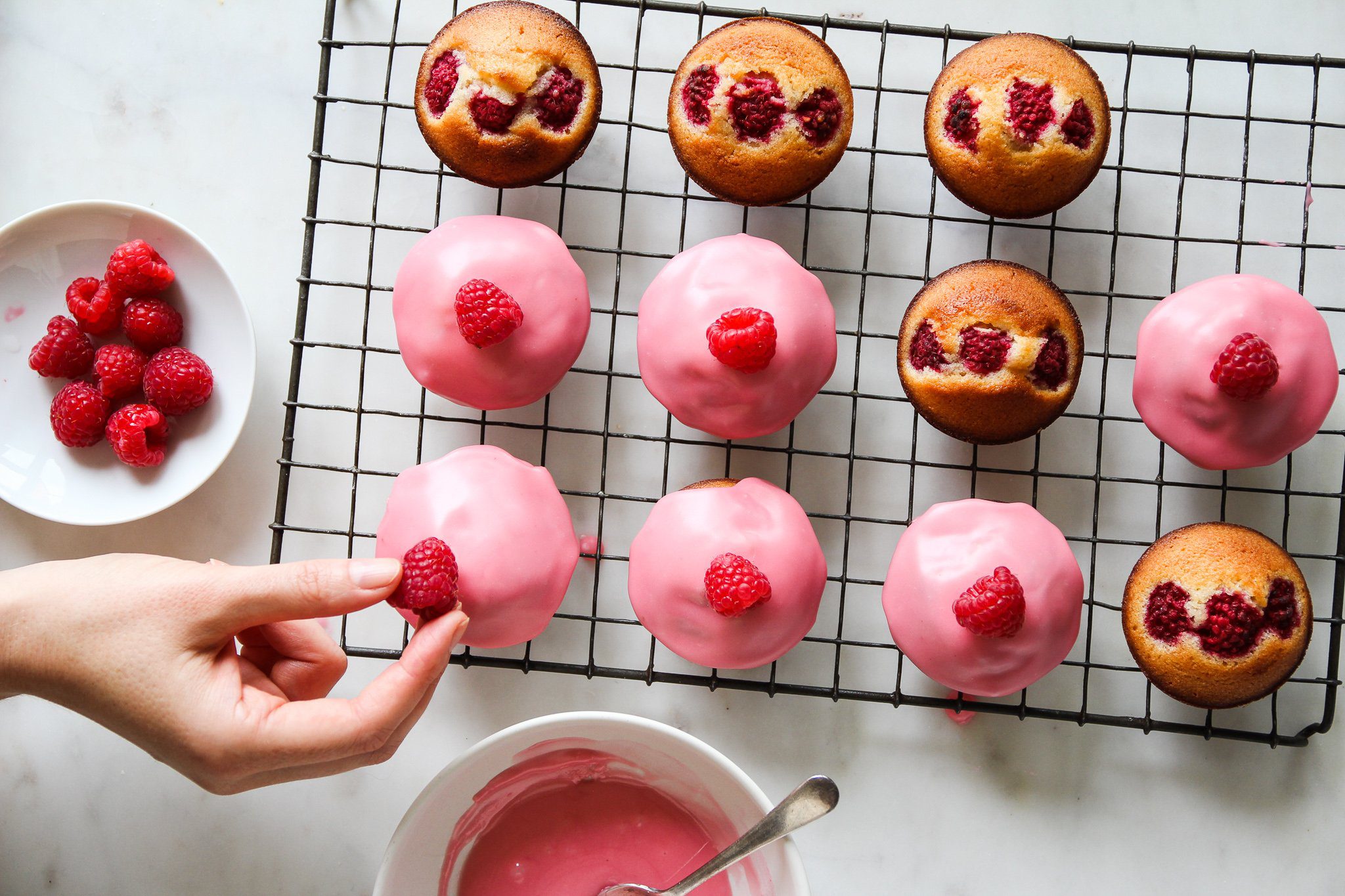 180g Unsalted Butter, plus an extra 10g, melted, for brushing

120g Raspberries, cut in half lengthways

60g Raspberries (about 8), plus 12 extra raspberries to decorate

TIP – Make sure the butter is at lukewarm temperature, or add it little by little to ensure it won’t cook the eggs!

TIP – Starting with a high heat and lowering down your oven temperature will ensure that your friands take a nice golden brown colour outside but cook evenly. Don’t forget to turn them halfway through the bake too in order to get an even bake.

TIP – Make sure that your friands are completely cooled before starting to ice them, otherwise the mixture will just melt!